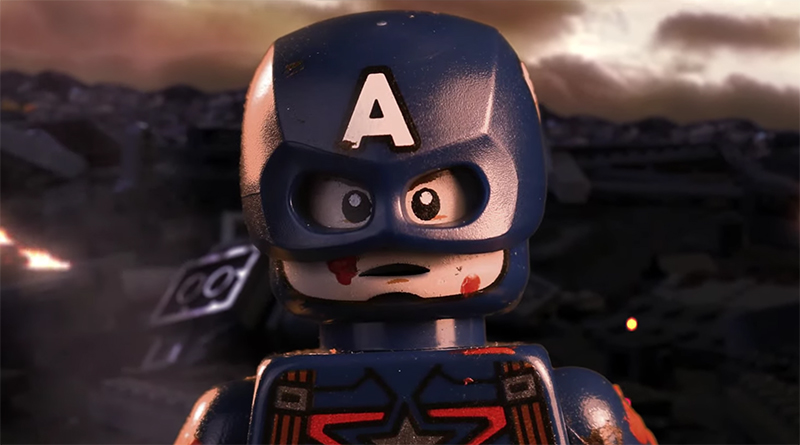 The talented fans at Brick Force Studios have recreated 2019’s biggest cinema moment with a LEGO re-imagining of the portal scene from Avengers: Endgame.

In what must have been a huge technical challenge for the Brick Force Studios creatives, the portal scene from Avengers: Endgame has been recreated with LEGO minifigures and some computer-generated expertise. Despite the enormous number of characters who feature in the sequence, this animated video is a shot-by-shot remake of the version seen in the Marvel movie.

Starting with Captain America defiantly standing opposite Thanos and his entire army, the brickfilm sees him hear the line from the film: “On your left”. Just as happened in the actual film, portals begin to open up as minifigure Doctor Strange transports the many super-beings to where they need to be.

Five sets are available based on Avengers: Endgame:

This year’s LEGO Marvel San Diego Comic Con 2019 exclusive set was recently revealed to be 77902 Captain Marvel and the Asis.