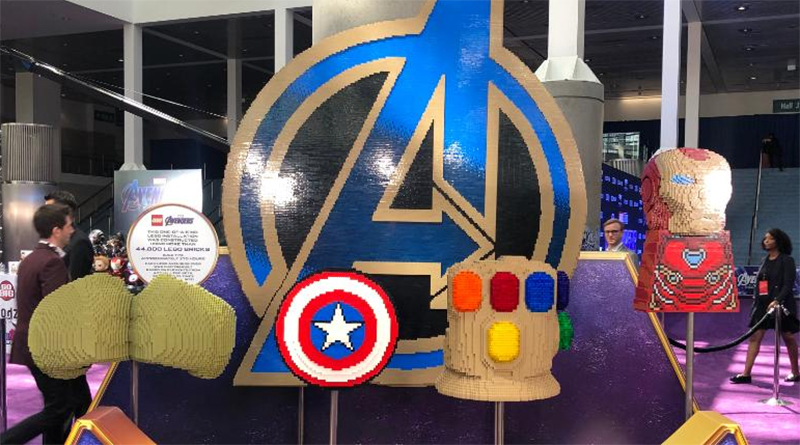 As the stars walked the purple carpet at the Avengers: Endgame world premiere, they were able to check out a 44,800 piece LEGO display featuring Marvel icons.

Avengers: Endgame is now in cinemas across the UK and USA as it arrives around the world, with the stars having recently attended the world premiere at the Los Angeles Convention Center. Given the way that Infinity War ended, the carpet was appropriately purple in honour of the Mad Titan Thanos.

While the stars of the Marvel Cinematic Universe movie, and other invited guests, strolled up the carpet to enter the special screening, they were greeted by giant LEGO models – the Infinity Gauntlet, Iron Man’s suit, Captain America’s shield and Hulk’s fists – which took 271 hours to build using 44,800 pieces.

Scarlett Johansen, who plays Black Widow in the franchise, took the time to sign the LEGO sculpture.

Those wondering where Thor’s weapon was should check out the images from a recent UK fan event, where Chris Hemsworth got to grips with a LEGO Stormbreaker.

Five LEGO sets based on Avengers: Endgame are available now: 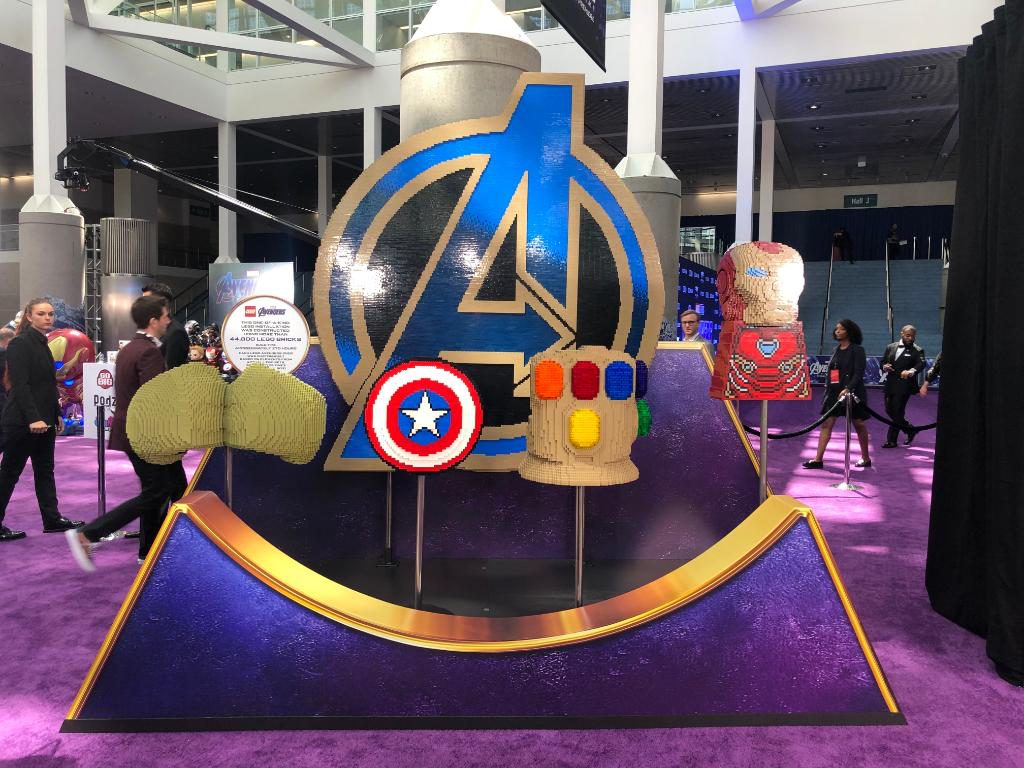