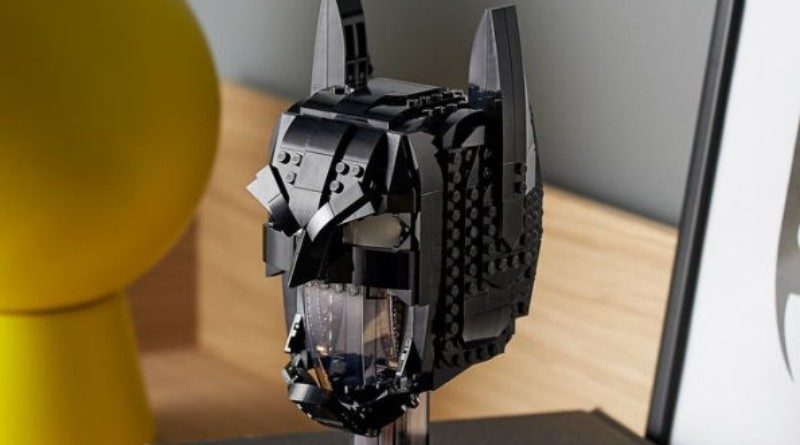 The Dark Knight himself, Batman, will soon be treated to his own LEGO helmet, with the caped crusader’s cowl spotted at an online retailer.

Following the reveals of a range of Marvel and Star Wars helmets, The LEGO Group appear to be shifting their gaze to DC for the next set in the Helmet Collection.

LEGO 76182 Batman Cowl was spotted on Barnes & Noble’s online store by YouTuber Ashnflash with the release date, price and pictures all listed on the retailer.

The model is listed as releasing April 26 for $59.99, so following the prices for the other LEGO helmets such as 76199 Carnage, expect a price around £54.99 / €59.99. Like the Marvel set, 76182 Batman Cowl is built slightly differently than the rest of the collection and opts for a transparent stand, widening in the empty mouth area. The set is currently available for pre-order from the retailer, which suggests an imminent reveal.

The LEGO Helmet collection has had its moment in the spotlight as of late with the announcement of two new Star Wars sets in 75304 Darth Vader Helmet and 75305 Scout Trooper Helmet, as well as the news that two others are retiring at the end of this year.

We’ll keep you updated on the latest news for 76182 Batman Cowl as well as the rest of the LEGO helmets, including another symbiote sculpture that might be on the way.