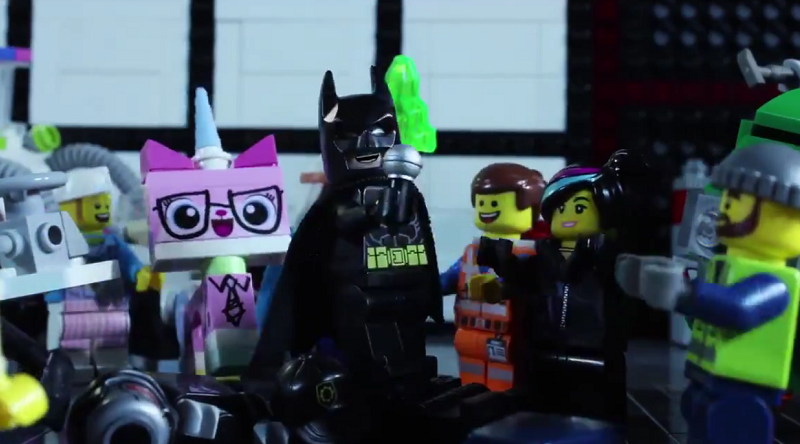 A new fun pieces of animation revealed Batman’s version of how the events of The LEGO Movie occurred.

The LEGO Group has shared another fun little animation, made with stop motion techniques, that sees Batman give his version of The LEGO Movie, ahead of the release of The LEGO Movie 2: The Second Part. In the 74 second snippet, the egotistical Batman of the LEGO cinematic brick bucket explains that he saved the day and empowered the citizens of Bricksburg.

That time Batman saved Bricksburg. ?? All by himself, with no help from anyone. ? Relive The LEGO Movie from the perspective of your favorite brooding vigilante. #TheLEGOMovie2 @TheLEGOMovie pic.twitter.com/MW5Myf2imK

Another piece of stop motion recently shared on social media advertises the upcoming LEGO set, 70840 Welcome to Apocalypseburg! The new release will be the largest set based on the new film, focusing on the town of Apocalypseburg that will serve as the setting for the opening of the movie.

In other The LEGO Movie 2: The Second Part news, the official names and images for the new series of Collectible Minifigures are now available. McDonald’s will soon launch a Happy Meal promotion for the film, with the UK dates confirmed.