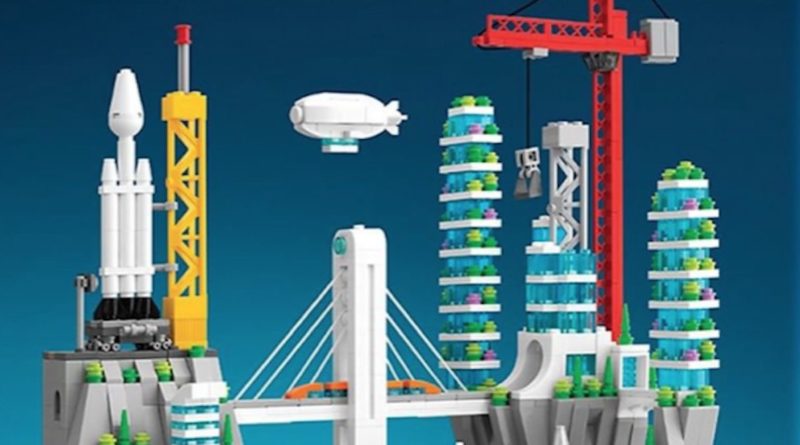 The LEGO Engineer is an upcoming new book that will teach you how to become a master builder and create your own amazing models.

If you’ve ever wanted to find out more about some of the world’s greatest feats of engineering. then build them yourself in brick form, you’re in luck. The LEGO Engineer is a new unofficial book due out later this year that looks set to be packed with engineering facts, stats and step-by-step instructions for making your own awesome models.

The LEGO Engineer is written by Jeff Friesen, whose work has appeared in Brick Journal, Briques and Blocks magazines. He’s also the author of a number of previous construction titles including LEGO Space Projects, LEGO Micro Cities and The LEGO Castle Book. You can take a look at some of Friesen’s many incredible builds on his Instagram account, jeff_works.

Clocking in at 272-pages, The LEGO Engineer will reveal all about 30 real-life engineering marvels and then show you how to build them, with easy-to-follow instructions. You’ll be able to try your hand at making everything from a LEGO steam train and container ship to a cable-stayed bridge and even a SpaceX Falcon Heavy Rocket. The guide is split into six separate chapters: Bridges and Tunnels, Trains and Beyond, Things That Float, Flying Machines, Amazing Buildings and Space Travel.

As with Friesen’s other books, The LEGO Engineer features stunning digital photography that captures his models from a variety of angles and showcases how close his builds are to the real engineering wonders.

The LEGO Engineer will be published in the UK by No Starch Press and in the US by Penguin Random House on August 30.