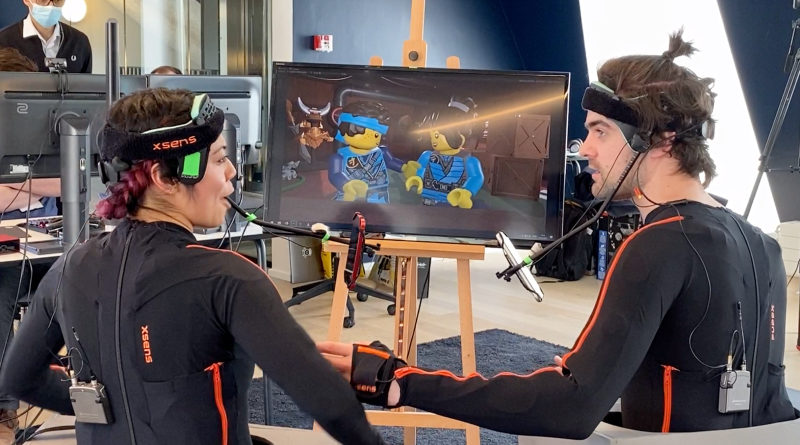 The LEGO Group’s new series of Ninja Vlogs features both Jay and Nya from NINJAGO recounting the steps of their latest adventure, but how are these minifigures so lifelike?

As part of the recently-announced NINJAGO vlogs, motion capture technology is being used to simulate the movement for the minifigures by incorporating real actors within the scene. It’s another experimental project for the LEGO Group and one that is believed to have the potential to strike a conversation between the characters and builders.

That might sound a bit confusing, but thankfully a behind-the-scenes video is on hand to explain and demonstrate the process. You can watch it for yourself below.

It’s one of the LEGO Group’s first times using motion capture and it works by having the studio space uses cameras to track the actor’s movements according to the specialised suits they wear. This information is then translated into software that combines the animated rig with a model of the minifigures. Apply those models to a digital 3D space and you have a convincing NINJAGO vlog.

The LEGO Group hopes that merging real-time CGI with the setting of NINJAGO will help fans feel more involved in the story of the series. This will be helped through the use of build challenges, polls and the ability to submit questions for Nya and Jay to answer.

The first episode of Ninja Vlogs is available now on the LEGO Life app, where future episodes can be found every second Friday until July 2. With the series themed to The Island season of NINJAGO, you can prepare for the episodes with the accompanying sets that are available now.