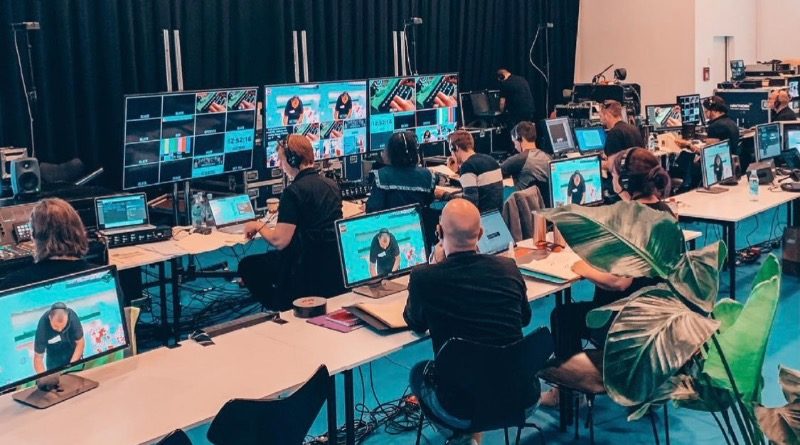 LEGO designer George Gilliatt has shared a behind-the-scenes glimpse of the first-ever LEGO CON, offering a peek into the full scale of the production.

While the inaugural official LEGO convention didn’t go down a storm with everyone – just check out the #LEGOCON hashtag on Twitter for the proof – there’s no denying a lot of work went into putting it together. You only need to check out George’s recent string of tweets for the proof.

As well as reiterating the COVID-safe practices adhered to across the LEGO House set (including daily tests and regular sanitisation), George showcased just how many people were involved in bringing the livestream to LEGO fans all over the world – even when the stream temporarily went offline.

“The crew on the computers did an INSANE job streaming this out to the world, especially when they overcame the internet crashing,” the designer tweeted. “They deserve so much respect for what they achieved!”

For his part, George – who was on hand during the convention to showcase the company’s space-themed sets, including 21321 International Space Station and 10283 NASA Space Shuttle Discovery – counted meeting hosts Melvin Odoom and Michelle Khare among his highlights.

“It was so fun hanging out with Michelle and Melvin off-set,” he tweeted. “They had so many great stories to tell from their amazing careers (especially about Melvin’s time in ‘Dick and [Dom] in Da Bungalow’.”

You can catch up with this year’s LEGO CON in full by clicking here, and relive the experience as it happened through our liveblog. The LEGO Group has also confirmed that the livestreamed event will return in 2022 – here’s what to expect next year.