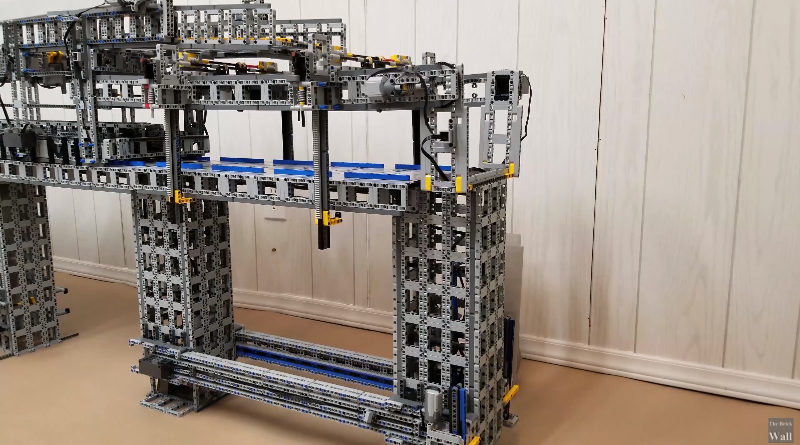 Following on from the demonstration of their LEGO bridge factory, the builder is back to showcase how the mechanism came to be and how it can be manually controlled.

The original model comes from LEGO YouTuber The Brick Wall, who first revealed their build earlier in the week. However, it seems that wasn’t the end of the story for the LEGO bridge factory as a behind the scenes video has now been unveiled.

Whilst significantly shorter than the initial demonstrative showcase, it’s no less full of facts for the final model, including that it is made up of 18,000 Technic pieces and took eight weeks to design, build, test and film. The video also features some sketches for the original concept that greatly resemble the finished model.

It’s also revealed that the entire thing can be completely controlled wirelessly by external software. From the column angles to the drive, there’s no need to program the LEGO bridge factory.

This is just another example of what the LEGO Technic system of bricks can do, something that the next two Technic models coming later this year will hopefully be able to showcase too.