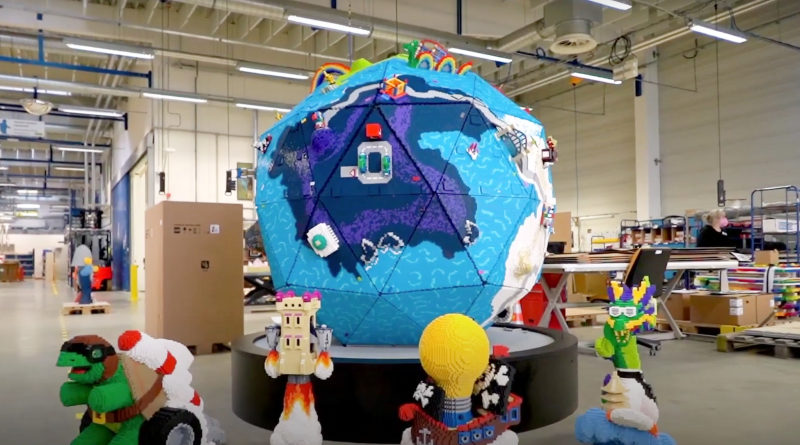 LEGOLAND Resorts across the world have opened a new attraction within their parks as the Rebuild the World campaign continues with a building-based experience.

Planet LEGOLAND is now open at a few LEGOLAND theme parks across the globe including LEGOLAND Windsor and Florida. The latter has released a behind the scenes video explaining the attraction and showcasing the construction of the giant Rebuild the World model.

The centrepiece for the new attraction will be a brick-built globe with a metal frame. The below video reveals how it all came together and how the positions for the miniature builds placed onto the creation were decided.

Alongside the main model, a few smaller builds will depict some creative creatures reminiscent of the original rabbit used to kickstart the campaign. These range from a skateboarding dragon to a rocket-powered castle. The video shows that multiple versions of the models were created at once, likely to then be distributed around the world.

LEGOLAND California has recently added itself to the list of parks that feature this attraction, with their version now open to guests who can now see the 235,000-piece globe for themselves.

The LEGO Group’s teams of model makers, one of which spent 550 hours creating the builds for this experience, have had their hands full lately as the LEGO House also recently opened their latest exhibit featuring a similarly-designed football.