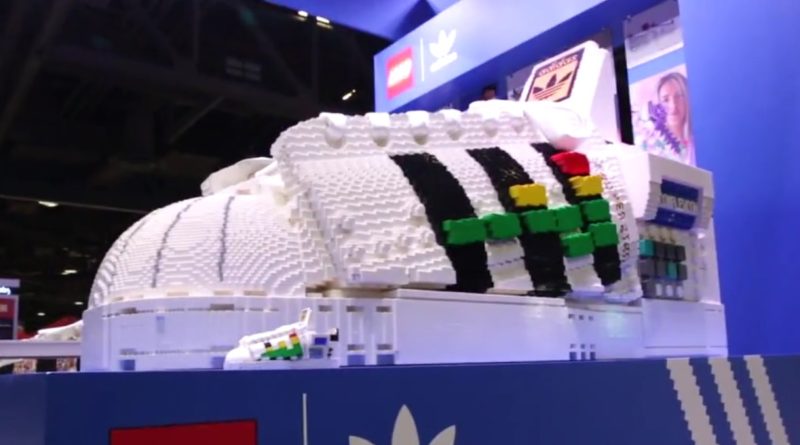 The massive LEGO Adidas Originals Superstar models featured at ComplexCon have been highlighted in a new video detailing the designs.

First teased earlier in the month, the giant LEGO Adidas sneakers that were showcased at Complex Con between November 6 and 7 in California have been detailed in a new video uploaded to the LEGO Group’s social media, allowing us to see just how huge the brick-built shoes are.

The minute-long clip also reveals how the giant trainers came to be with LEGO MASTERS contestants Syreeta and Randall tasked with decorating a pair of massive pre-made models.

The same designs that featured on the larger creations were also displayed on the officially available LEGO Adidas set – 10282 Adidas Originals Superstar – including graffiti lettering and a look inspired by a record player.

Measuring 13 feet long each, the trainers took 500 hours to construct using 150,896 bricks. These helped the LEGO Group to not only celebrate National Hip-Hop History Month but also promote 10282 Adidas Originals Superstar as the only LEGO set that is sold in a real shoebox.

You can check out our in-depth review of 10282 Adidas Originals Superstar to find out more about the build, or see what other custom brick-built designs were featured at ComplexCon after being featured in a flagship LEGO store.