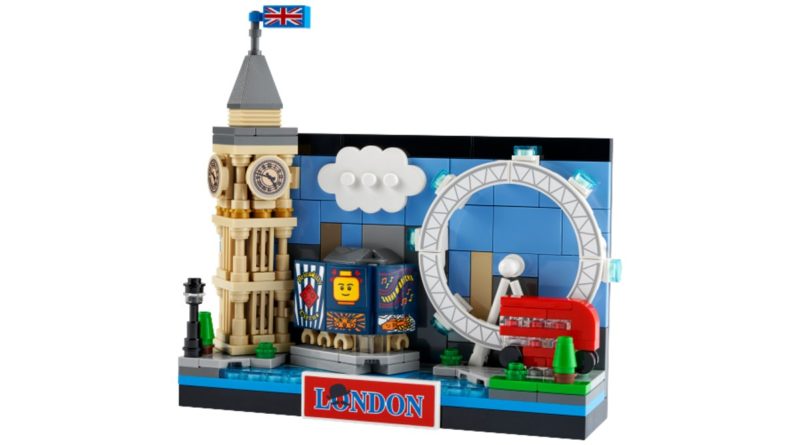 A better look at the upcoming 40569 London Postcard LEGO Promotional model has been revealed on the online instructions database.

The official online store’s instructions page has been updated with a new listing for 40569 London Postcard after it was initially revealed via 40568 Paris Postcard.

It shows another angle of the model after it was initially revealed on the back of 40568 Paris Postcard‘s box. It also allows us to take a closer look at the finer details of the build and where it references. Much like the three other postcard creations, iconic landmarks from the city are represented including the London Eye, a double-decker bus, Big Ben and Picadilly Circus.

The listing also confirms that the set will launch later this year, which might not have been hard to guess after it was spotted on the back of 40568 Paris Postcard. It joins the three other postcard sets, two of which are available now in the form of 40519 New York Postcard and 40654 Beijing Postcard.

On the screens in Brickadilly circus, there are several references such as a crown for the monarchy, the name of the landmark surrounding a brick, a minifigure head and a sign reading ‘Sound of Bricks’ – which could be referencing the Sound of Music musicals time in the city with performances starting in 1961 and its subsequent revivals in 1981 and 2006. Just below that is a LEGO version of a fish and chips meal wrapped in newspaper.