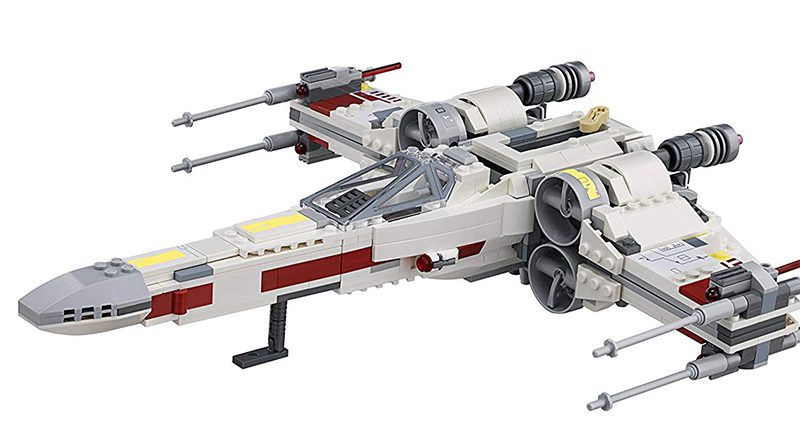 As with many retailers, Amazon is starting the Black Friday discounts on a day that is not Black Friday, offering a 40% discount on the recently released LEGO Star Wars 75218 X-wing Starfighter.

Launched just a few months ago, Amazon is discounting LEGO Star Wars 75218 X-wing Starfighter by an impressive 40%, making the vehicle just £53.99 instead of £89.99. Other sets included in the sale are DC Super Heroes 76112 Batman App-Controlled Batmobile and Friends 41318 Heartlake Hospital.

LEGO Star Wars 75218 X-wing Starfighter is great for new and old fans, as it can be configured as either Luke Skywalker’s ship or Biggs Darklighter’s, including the relevant astromech droids for both characters.

With the deal only available until midnight (or while stocks last), fans need to be quick to take advantage of this hefty discount.

This detailed model has retractable landing gear, an opening minifigure cockpit with a fire extinguisher behind the seat, stud shooters on the side and wing-mounted spring-loaded shooters, space for R2-D2, and a new-for-August-2018 lever function to transition the wings between cruise and attack modes. What’s more, this great model also comes with extra stickers and tiles to transform it from Luke Skywalker’s Red Five into Biggs Darklighter’s Red Three X-wing