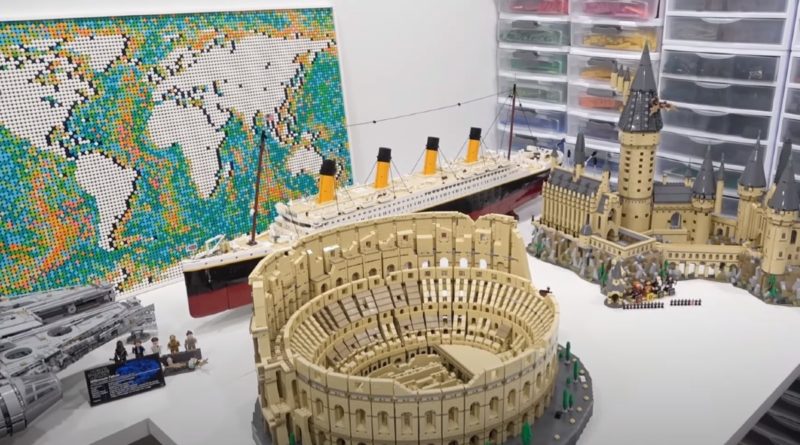 The LEGO Group has a variety of huge sets in their current catalogue, but how do the biggest five compare in person before 75313 AT-AT arrives?

YouTuber Bricksie has managed to add the five biggest LEGO sets released so far to his collection, not including 75313 AT-AT which has yet to launch, meaning that we can get a detailed look at just how big the models are when placed next to one another.

The five builds can be read about in more detail with our November guide to the biggest creations, updated for the incoming release of 75313 AT-AT. The video below also features a short look at Star Wars 75192 Millennium Falcon, LEGO Art 31203 World Map, LEGO for Adults 10294 Titanic, 10276 Colosseum and Harry Potter 71043 Hogwarts Castle.

When put next to each other, the smallest of the group 71043 Hogwarts Castle is still sizeable compared to the other sets, although is notably overshadowed by 10294 Titanic and 31203 World Map in particular.

As mentioned by the YouTuber in the video, Harry Potter 71043 Hogwarts Castle only has a few days remaining in the top five biggest LEGO sets list until 75313 AT-AT takes its place. You can read our in-depth review of the incoming model here, or watch it in video form here.