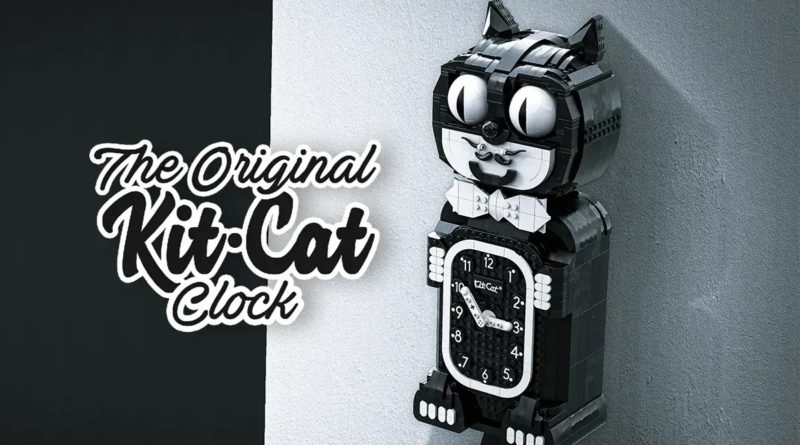 The retro Kit-Cat Clock was first launched in 1932 with a classic design featuring a black and white cat that would move its eyes and tail as time passes by. In 2022, the product is celebrating its 90th anniversary and LEGO Ideas user Mukkinn, who originally pitched the project behind 21320 Dinosaur Fossils has decided to commemorate the clock with a new submission.

The Kit-Cat Clock recreates the vintage item down to the moving elements with an intricate mechanism that allows the clock to rotate for a full hour, as the tail and eyes move side to side.

The build uses 1,300 pieces and it is suggested that it includes a motor, which would likely raise the price should it be picked as a future LEGO Ideas set. It has now reached enough supporters for that future to be a possibility, making it the eighth project in the first 2022 review.

Here are all eight LEGO Ideas projects in the first 2022 review round so far:

The most recent LEGO Ideas set 21332 The Globe launches soon on February 1 and we’ve given the model an early review including a look at how the structure comes together.