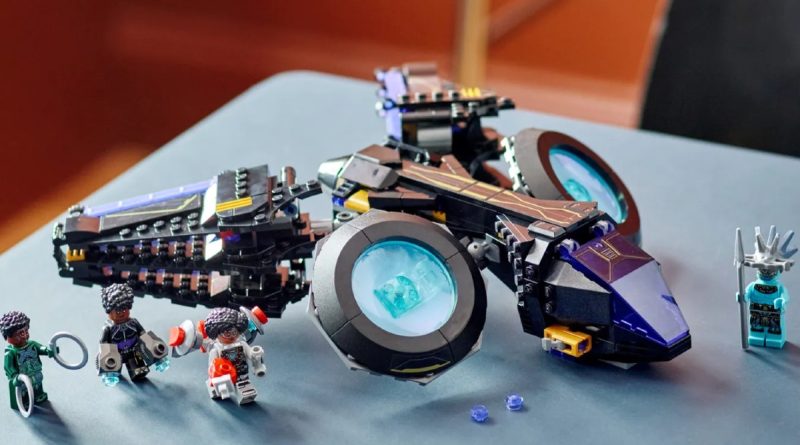 While there are no major spoilers in the following official clip, it is footage from Black Panther: Wakanda Forever that has not been shown in the trailers.

The above clip showcases a short snippet of the action in Wakanda as the Talocans appeared to have declared war on Wakanda, flooding the capital – Birnin Zana – with water. However, for LEGO fans, there’s another interesting element in the footage.

The flying vehicle that 76211 Shuri’s Sunbird is likely based on is seen clearly for the first time in the clip. In the set, three layers of angled bricks positions are held in place at the back of the craft with the pieces commonly used for droid arms in LEGO Star Wars. However, the clip reveals that these are intended to separate and be used as air brakes and possibly more.

Thankfully, it’s not hard to remove these few pieces in 76211 Shuri’s Sunbird and make the set more accurate to Black Panther: Wakanda Forever. It may be that the wings are usually held in place until they need to be more flexible, but we won’t know for sure until the film releases on November 11, 2022.