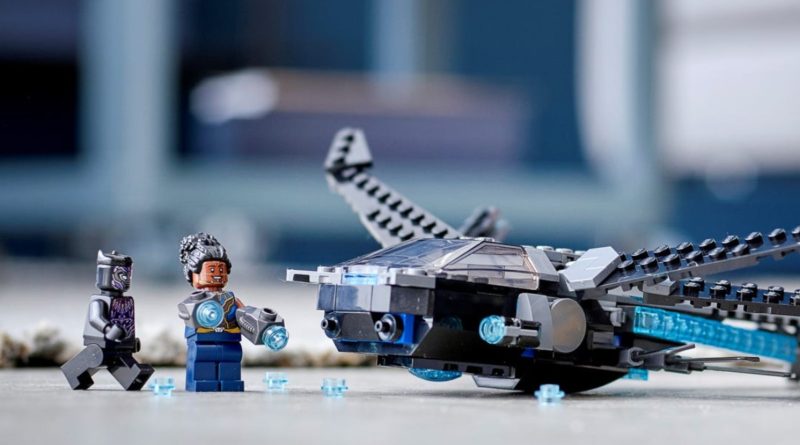 After a recent report that the rumoured $500 LEGO Marvel set will be or include a Black Panther vehicle, here are five possibilities for the model.

Another rumoured update to the reported $500 LEGO Marvel build suggests that it could be a Black Panther vehicle, or at least include one. While this is yet to be confirmed by the LEGO Group and so should be treated with caution as with all rumours, that presents a few options as to what the reported model could potentially be.

We’ve already presented a few generic possibilities but with this latest rumour, here are five more though this is only speculation based on rumours:

With a reported release date of November 11, the same day as Black Panther: Wakanda Forever, it could be that the rumoured $500 LEGO Marvel set is something to tie in with the latest chapter of the Marvel Cinematic Universe.

Thanks to the official wave of LEGO Marvel Black Panther: Wakanda Forever, we know of at least a couple of vehicles in the film including 76211 Shuri’s Sunbird. A larger version of this vehicle in the style of a UCS Star Wars build could offer an exclusive minifigure while tying in with the film.

The long and thin design of these vehicles might lend themselves well to a larger model not quite like anything we’ve seen before in an official LEGO model.

The final battle of Avengers: Endgame

The rumour also noted that the reported $500 build might only include a Black Panther vehicle, opening the doors for a larger diorama of any scene where they have featured, such as the final battle of Avengers: Endgame.

The LEGO Star Wars Diorama Collection has already proved this concept to be a success, though at a much smaller scale than a price tag of $500 would allow and the budget could go towards more exclusive and detailed minifigures than pieces since the battlefield was mostly debris.

With the unique design of this vehicle, it could be interesting to see how the designers approach it at a bigger scale and could offer an opportunity for new Black Panther minifigures too.

The Battle of Wakanda

Another minifigure-centric option for the rumoured $500 set could be a recreation of the Battle of Wakanda from Avengers: Infinity War.

This might be similar to our other suggestion but the battlefield of Wakanda was more interesting with foliage, trenches and water adding depth and variety to the environment.