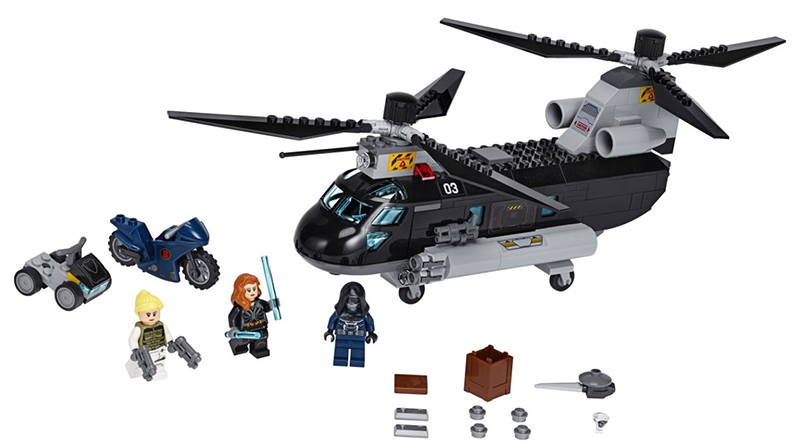 The release of the next Marvel movie, Black Widow, has been pushed back to November due to the impact of the coronavirus pandemic.

With cinemas around the world having closed their doors and productions having been closed down due to the coronavirus pandemic, studios have been making decisions about whether to push release dates or release movies on streaming platforms. Disney has now confirmed that Black Widow will be released on November 6, Empire reports.

That release date was originally planned for The Eternals, with that film moved to February 12, 2021.

One set has been released for Black Widow – LEGO Marvel 76162 Black Widow’s Helicopter Chase. It is a 271 piece set featuring a large helicopter build along with a little quad bike and motorcycle. It represents what will surely be an action-packed sequence from the upcoming film. The three minifigures in the set are Natasha, Yelena and Taskmaster.