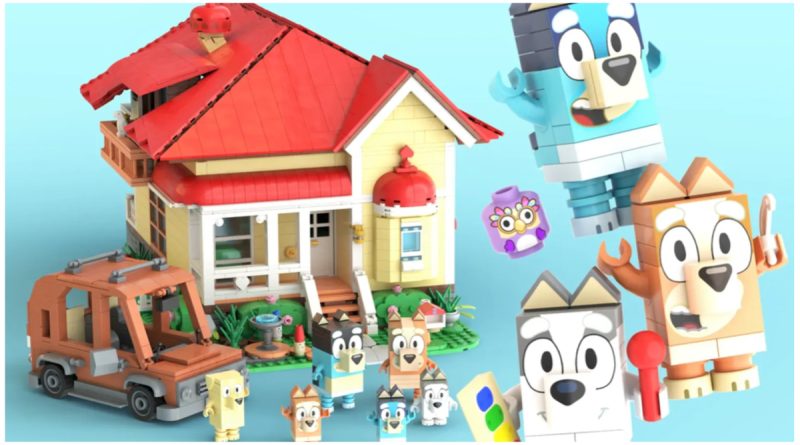 Fans of the Australian animated series push Bluey! and friends to 10,000 votes on LEGO Ideas in an amazingly short time.

LEGO fans with small children will be well aware of the popularity of a certain Blue Heeler puppy from down under. Now, fan designer Monkey Scout has recreated Bluey, her family and their house in LEGO on the Ideas platform. For those not familiar with the programme, Bluey is a young Blue Heeler pup who lives with her Mother, Chilli, her Father, Bandit and younger sister, Bingo.

Bluey! is the 44th design to reach 10,000 votes and thus qualify for the second review of 2022, but few, if any can claim to have reached the target so quickly. The design was posted on the LEGO Ideas platform on August 15, and reached 1,000 votes within hours. A day later the design had received 5,000 votes, and it qualified, after less than 72 hours, on August 17th.

The next review is due to take place in September, and you can read a full list of designs that have qualified, below.

Please consider buying your LEGO via our affiliate links, as every purchase helps support the work that Brick Fanatics does. Many thanks.