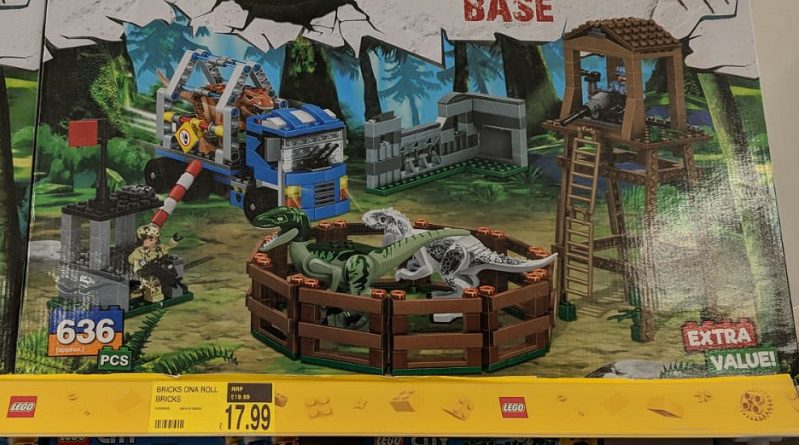 The discount store B&M Bargains started selling LEGO sets this year, as the LEGO Group sought to recoup sales that were lost when Toys R Us collapsed in the UK. Now, a product has been spotted on LEGO branded shelves at the retailer that looks like it borrows a few ideas from authentic LEGO sets. 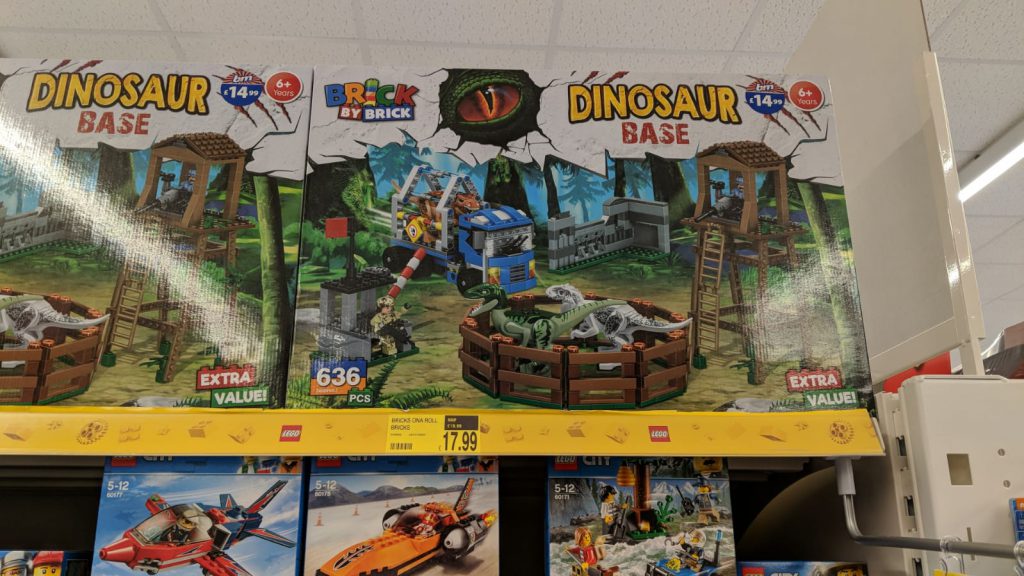 Brick by Brick Dinosaur Base cannot be described as a knock-off product in the sense that it replicates an existing LEGO set, but a number of pieces shown on the box front – including the dinosaurs, ladders and Technic style elements – look to be very similar to those produced by the LEGO Group.

A look on the B&M Bargains website uncovers more surprising products, namely the XBlocks Racing range, which is a selection of construction products using elements that look to be very similar to those found in LEGO Technic sets.

While it not unusual for an official LEGO retailer to sell other construction toys, it is surprising to see products on sale that seem to be taking an awful lot of inspiration from the LEGO portfolio of parts, which involves years of research and development.