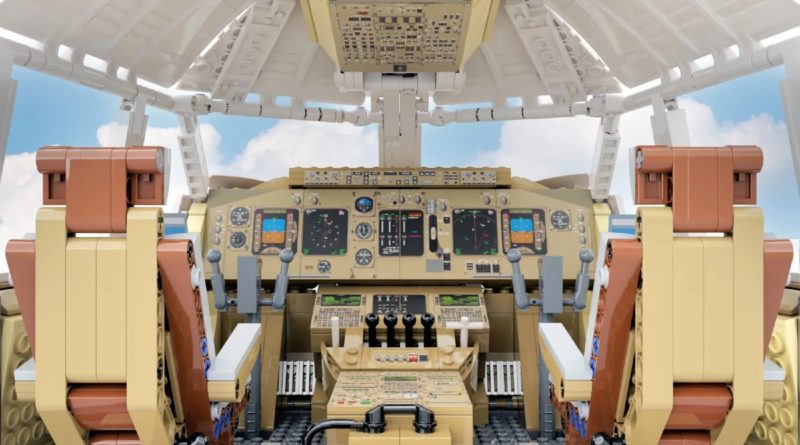 An intricately-engineered Boeing 747 cockpit recreation has reached 10K supporters on LEGO Ideas, offering a build unlike any we’ve seen before.

The first submission from LEGO Ideas user DarrenJones has managed to reach the supporters needed to be considered for a future LEGO Ideas model just over one year from when it was initially uploaded to the platform.

As you might be able to tell from the name and images of the project, the Boeing 747 Cockpit transforms the life-sized section of the aircraft into a downscaled recreation, complete with designs for the various controls and features matching the real thing.

A small display section is proposed as included for two minifigures pilots and an informative plaque labelling the build and hiding one of the functions. Overall, the design is similar to the 2018 exclusive 75512 Millennium Falcon Cockpit but much larger.

These are all the LEGO Ideas projects in the first 2022 review round so far, with 15 models all competing for the chance to become a future official set:

Huge planes might be in the future of the LEGO Group even without this project as a designer might be teasing a set for LEGO CITY.