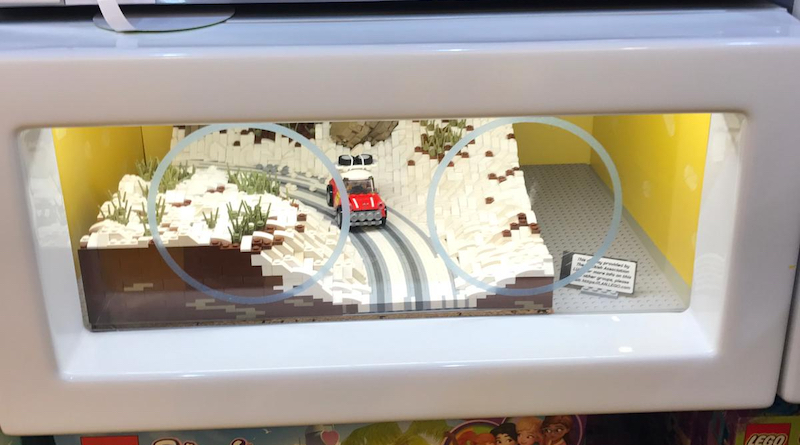 For the fourth edition of the brand new print publication all about LEGO, Brick Fanatics Magazine commissioned renowned fan builder Simon Pickard to put together a special creation to showcase the 1967 Mini Cooper S Rally.

The iconic car, included in 75894 1967 Mini Cooper S Rally and 2018 MINI John Cooper Works Buggy, has been cast – in brick form – into a snowy race scene, as tribute to the real world version’s success in such conditions at the Monte Carlo Rally during the late 1960s.

Simon’s build, which uses a unique design to contour the road around a corner and at a slope, is the centerpiece to Brick Fanatics Magazine’s cover and feature, and can now be seen in person at Cardiff’s official LEGO Store.

The build is in one of the store’s display cabinets as a Brickish Association display, as part of LEGO Stores’ collaboration worldwide with such LEGO User Groups, to showcase their work.

Be sure to go and see this build in person, as it really is worth appreciating in such a way. You can also enjoy a more permanent display of the work in Issue 4, across the cover and four beautiful double page spreads of skillful photography.

Issue 4 of Brick Fanatics Magazine is currently available in WHSmith stores across the UK, as well as through our official website at brickfanatics.com/magazine. 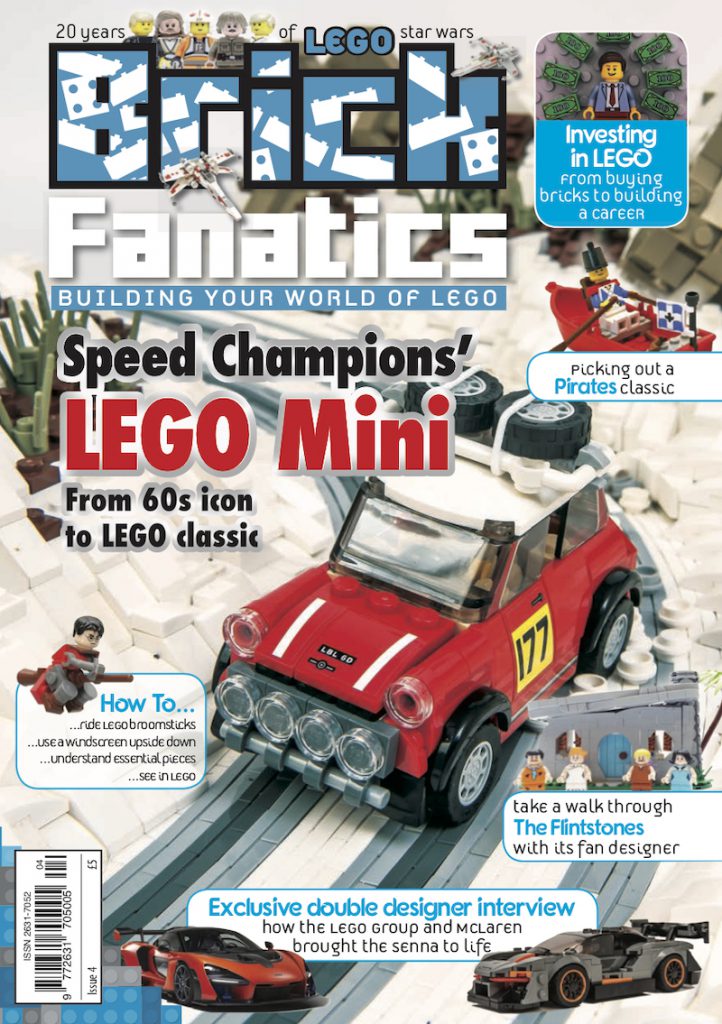 As one half of Tiro Media Ltd, I mix a passion for print and digital media production with a deep love of LEGO and can often be found on these pages eulogising about LEGO Batman, digging deeper into the LEGO Group’s inner workings, or just complaining about the price of the latest LEGO Star Wars set. Make a great impression when you meet me in person by praising EXO-FORCE as the greatest LEGO theme of all time. Follow me on Twitter @RobPaton or drop me an email at [email protected]kfanatics.com.