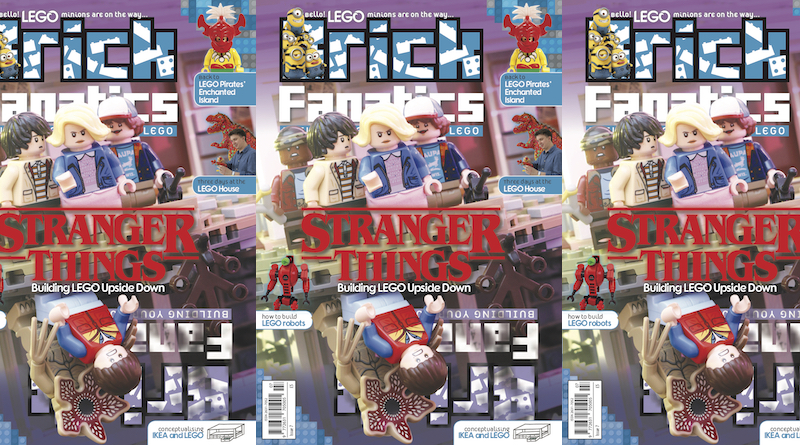 Issue 7 of Brick Fanatics Magazine – in a new, larger format – explores how the LEGO Group took building in a new direction for their collaboration with Stranger Things

Single issues of Issue 7 and 12-issue and 24-issue subscription packages starting with Issue 7 are available to order now at brickfanatics.com/magazine. Issue 7 will be produced in a new, larger format and distributed worldwide from the first week of July. Subscription packages offer free issues, free postage and guaranteed delivery of every issue fastest and first.

Leading the seventh edition of Brick Fanatics Magazine, the print publication all about LEGO, is a fascinating discussion with three of the creative team behind not only the unprecedented physical design of 75810 The Upside Down, but also its smart, 1980s-fuelled marketing campaign. 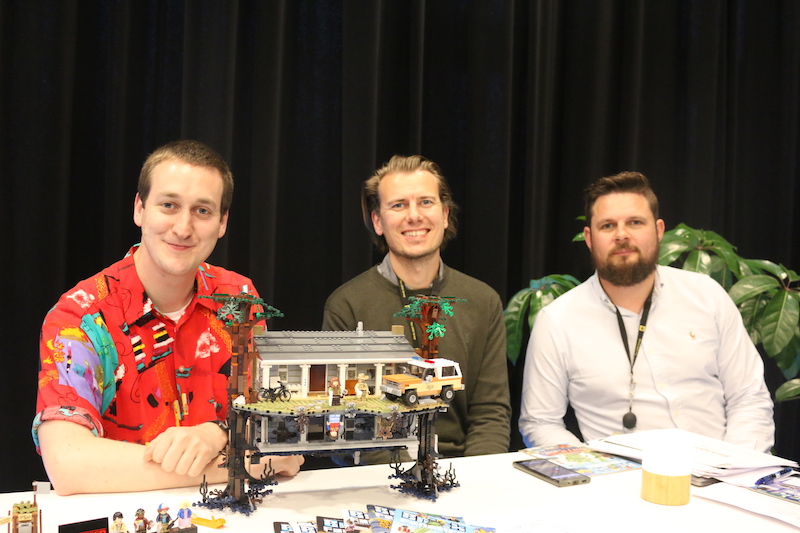 In this first issue of Brick Fanatics Magazine presented in a new larger format, Senior Model Designer Justin Ramsden reveals how exactly the challenge of creating a large scale director-to-consumer LEGO set built half upside down was tackled, as Senior Global Marketing Manager Anders Hellegaard Iversen touches upon the importance of the box art. Meanwhile, Associate Communication Strategist Pelle Bjørn Nielsen talks finding inspiration from the LEGO archives and bringing the ‘overselling’ of 1980s advertising into the LEGO Group’s marketing campaign for the set.

Find out how this unique LEGO model went through more than 140 versions in a year-long design process, and how the LEGO Group almost set up a phoneline as part of their marketing campaign…

Elsewhere in Issue 7 of Brick Fanatics Magazine, we report back from a fascinating three days spent at the LEGO House in Billund, Denmark, at the headquarters of the LEGO Group. Interviews, presentations and tours made for a memorable Fan Media Days 2019 event – find out what we learned (and are allowed to share) in a special report that includes sneak peeks at future releases, dinosaur building in the LEGO House, and a special guide on #HowToAFOL from Graham. Not to be missed. 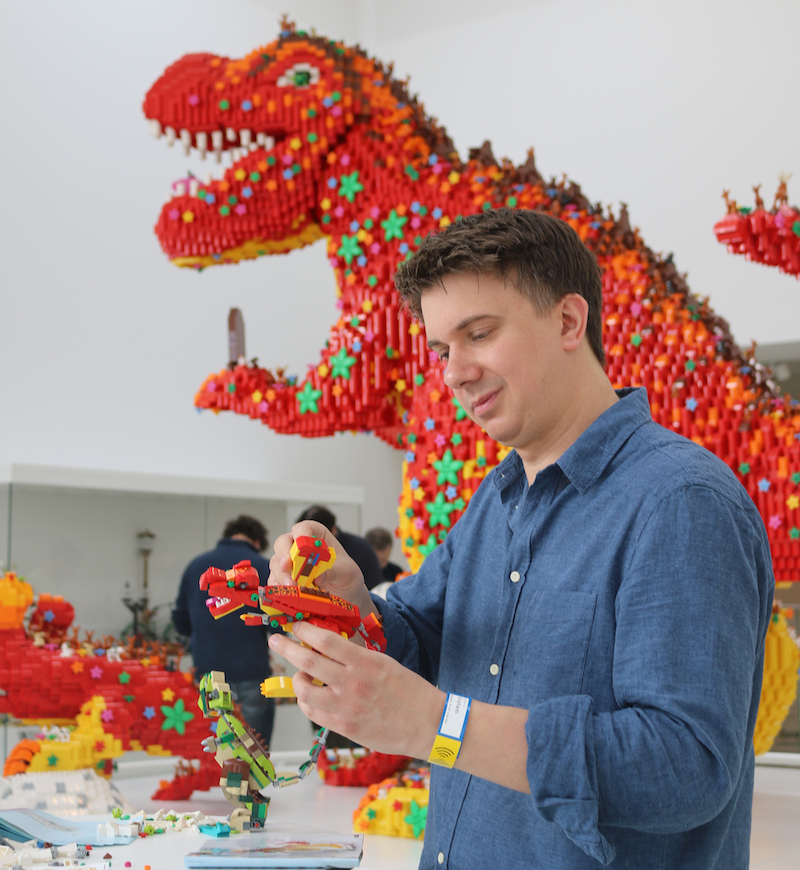 We also acknowledge the coming era of LEGO Minions, offer a first consideration of 75936 Jurassic Park: T. rex Rampage and sketch out some of our own concepts for IKEA and the LEGO Group’s forthcoming collaboration – we’re pretty confident we’ll influence the two companies with what we’ve come up with, and we’d only want a small share of the profits in return.

Issue 7 of Brick Fanatics Magazine also meets with a handful of people who have turned their love of LEGO into their life, and now find themselves working within the brick world. Hear from the people behind Brickset, Beyond the Brick, Fairy Bricks and Brick Wonders, as they offer tips and insight into how they went from loving LEGO to truly living LEGO.

Building robots from one of the fan community’s best, creating a modular LEGO Star Wars Tantive IV corridor and a reflection on one of Pirates’ most colourful sets released – Issue 7 is packed with LEGO ideas, insight and inspiration.

Single issues of Issue 7 and 12-issue and 24-issue subscription packages starting with Issue 7 are available to order now at brickfanatics.com/magazine. Issue 7 will be distributed worldwide from the first week of July. Subscription packages offer free issues, free postage and guaranteed delivery of every issue fastest and first. 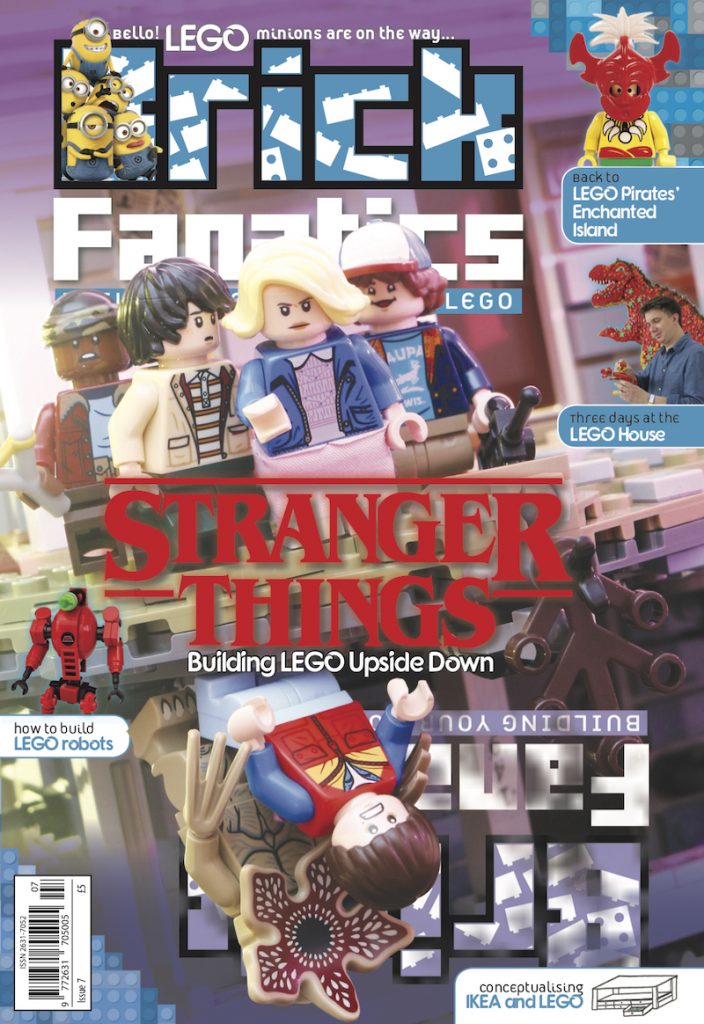