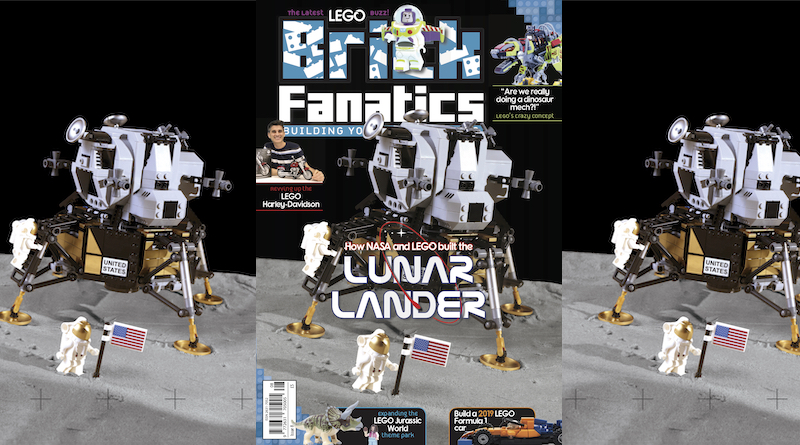 July marks half a century since the Apollo 11 lunar module touched down on the moon and Neil Armstrong and Buzz Aldrin took man’s first steps on to its surface.

To celebrate, Issue 8 of Brick Fanatics Magazine goes back to 1969 with the help of NASA historian Brian C. Odom to discover the details and the moments that made history, whilst Creator Expert Design Manager Specialist Jamie Berard reveals how those shaped the design of the LEGO Group’s 10266 Lunar Lander. 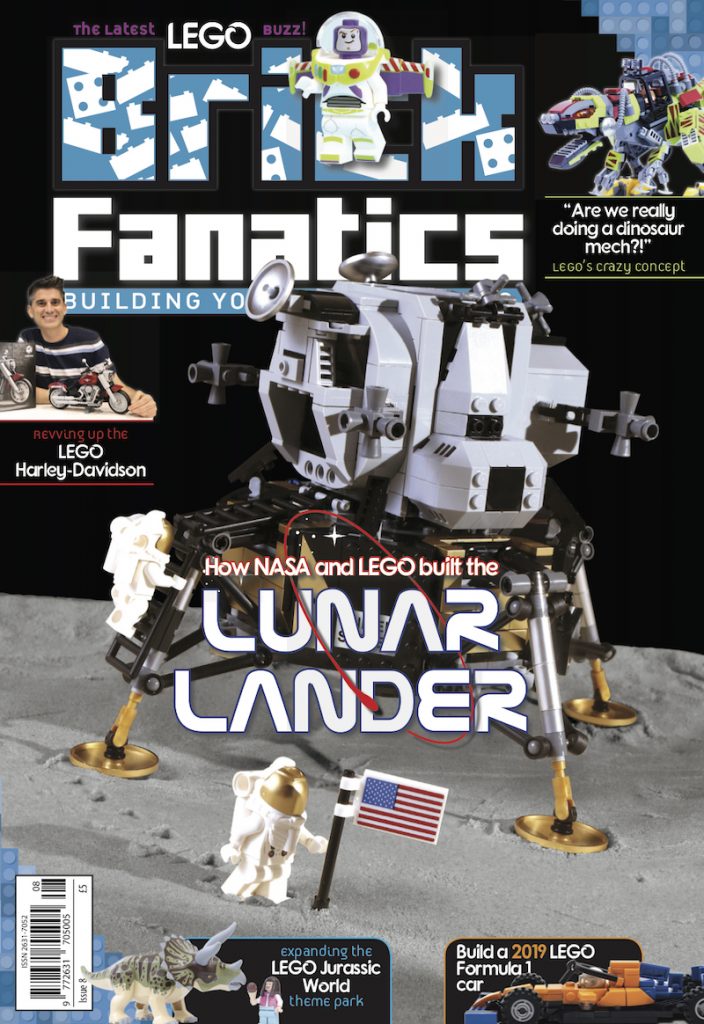 Inside this issue we also sit down with the LEGO Jurassic World design team to find out exactly how the mini-series LEGO Jurassic World: Legend of Isla Nublar came about and, why it opened up a number of creative possibilities for them. We also find out from Design Manager Marcos Bessa all about how a crazy concept became a unique LEGO set in the form of 75938 T. rex vs Dino-Mech Battle.

Issue 8 also goes from one Buzz to another, as we take a special look at the latest LEGO Buzz Lightyear, before heading back 20 years in time to discover just how innovative the Adventurers line was, with a look at the classic 5988 Temple of Anubis set.

Our packed How To section demonstrates the creative options that are open to building simple but effective displays and bases for your builds, before offering step-by-step instructions on a minifigure scale 2019 McLaren Formula 1 car.

Reaction to the upcoming LEGO Star Wars: The Skywalker Saga video game is also inside, as is a considered take on the LEGO Group’s progress – or not – towards plant-based LEGO bricks.

Not done talking to Brick Fanatics Magazine in Issue 8 is Jamie Berard, as the Creator Expert expert hangs around long enough to walk us through the key concepts and details built into the just announced 10269 Harley-Davidson Fat Boy, alongside some beautiful, exclusive photography of the motorcycle.

There’s a great deal packed into this latest edition of Brick Fanatics Magazine – subscribers will receive this issue fastest and first, benefit from free postage, free issues and our subscriber guarantee. You can order single copies of Issue 8 or 12-issue or 24-issue subscriptions from Issue 8 now, with shipping due from the end of July into August.