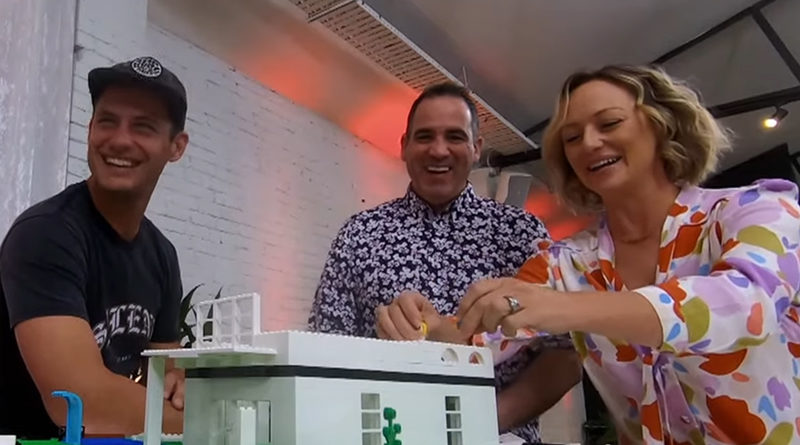 Contestants on Australian competition show The Block were given a brick challenge by LEGO MASTERS judge Ryan “Brickman” McNaught – and Hamish Blake made a fleeting appearance too.

He was even asked by contestant George if he could build a Batmobile – the prolific LEGO builder could not resist the challenge, and quickly used the elements on hand to put together a minature Batmobile to sit alongside the team’s dream house model.

Hamish Blake, host of LEGO MASTERS, also dropped in for a quick video chat. “What is this? This is brutal, I feel like I just found out I’m being cheated on,” he said, as Brickman showed him the room full of half-finished LEGO builds.

LEGO MASTERS Australia is expected to return for a third season next year.

The Brickman Experience is currently running in Leicester, UK, until the end of October. It is open during weekends only.