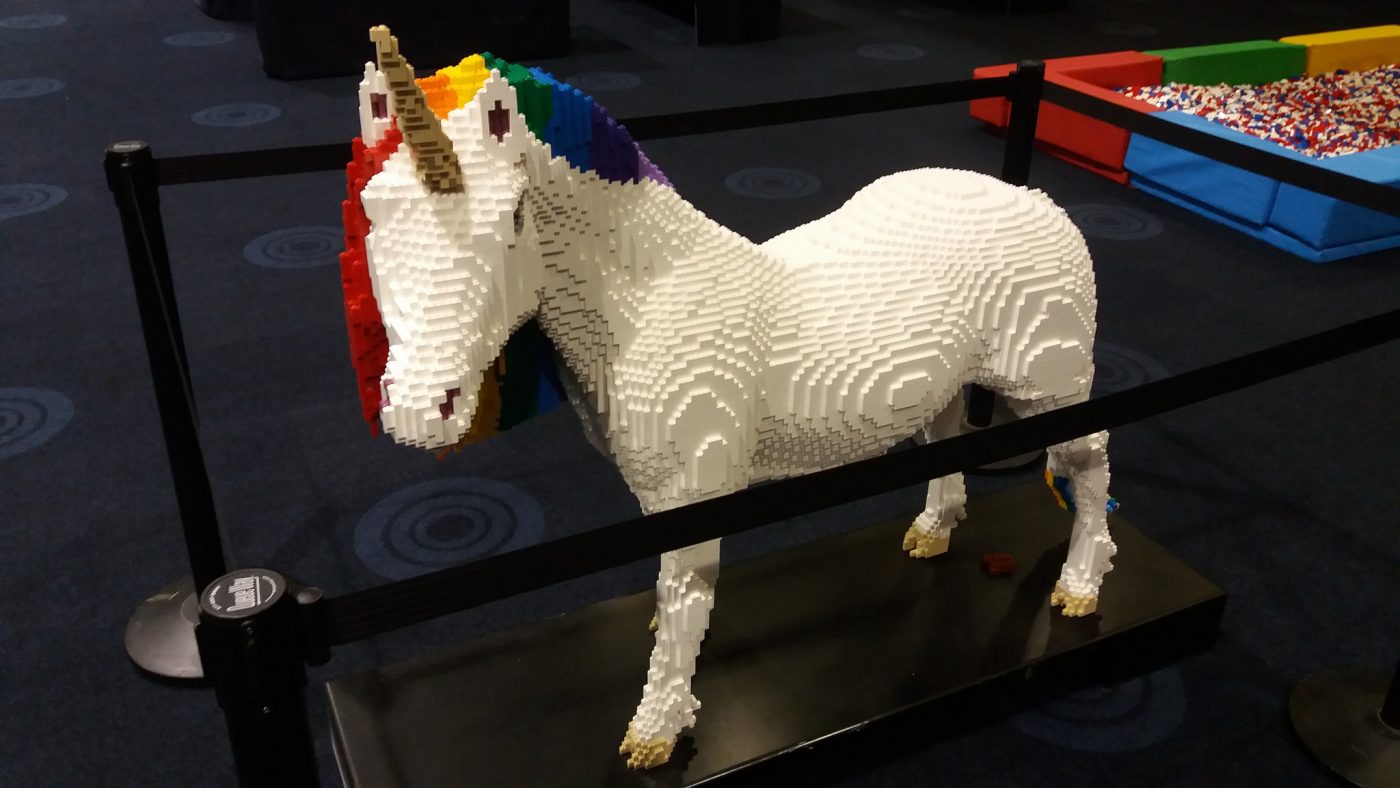 Some of the finest LEGO builders gathered together in Manchester to raise money for a Bricktastic cause, showing off their creations at the annual Fairy Bricks event

Bricktastic 2016 was held at Manchester Central on the 2-3rd of July, and proved a huge success. The event is organised by the Fairy Bricks charity, who raise money to supply LEGO to sick children in hospital. Kevin Gascoigne and his team did a fantastic job of organising the two day show which was very well attended on both days.

Bright Bricks brought along a towering dragon and unicorn from their latest exhibition, Quest for the Brick Kingdom. There were also three successful LEGO Ideas fan designers present – Pete Reid with his Exo-suit, Tom Poulsom with his fantastic Birds and Carl Greatrix with his soon to be available Caterham. Other well known designers present included Alexander Jones who designs models for TT Games and the Brick to the Past team with their impressive landscape battle scenes.

The AFOL builders from a range of LUGs including Northern Brickworks, Brickshire and Brickish had bought along a wealth of fantastic displays. Fantasy worlds, LEGO cities, huge train layouts, fairgrounds, skyscrapers, schools and snooker tables – there was something for everyone. If you can imagine it, then there is an AFOL builder out there who can make it. Visitors were wowed and inspired to go and try building something of their own.