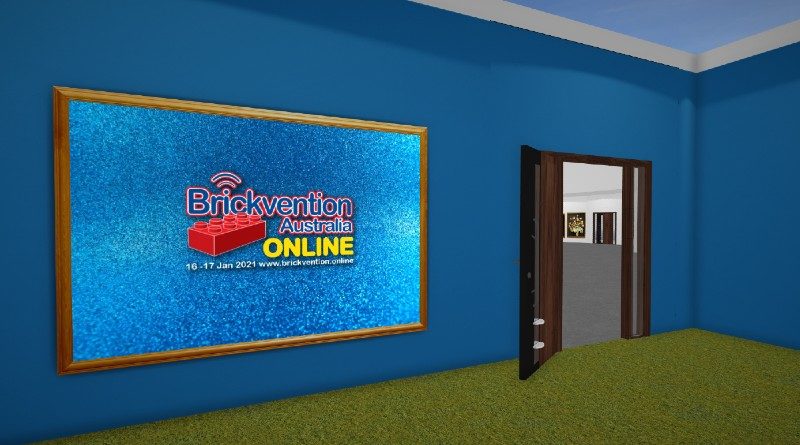 Brickvention Australia was recently held online, but it introduced a twist feature that is still allowing fans to virtually walk around the show.

Brick Nerd recently reported on Brickvention Australia’s online event, with the pandemic forcing it to be held online for the first time in its 15-year history. It did so like many other events this past year but still allowed attendees from around the world to tour its show with an innovative feature.

The event had its website updated with the new features which included a YouTube livestream. However, what made this online LEGO exhibition unique was a virtual gallery that guests could digitally wander around. Using Artsteps, the event organisers built a custom gallery of fan-made builds that would be usually be shown off in person. Now, attendees could still walk around a show floor from the comfort of their computer, with the ability to click on each build and learn more about it and the creator.

As if that wasn’t enough, Brickvention Australia also included one other feature for its online audience. A video game was the second of the two surprises and tasks players with finding 15 trophies across a singular level. This game was built using the new LEGO Unity software and is a good demonstration of what can be done, especially considering that the game is playable in a browser, instead of needing to be downloaded.

Hopefully, other events forced online can learn from Brickvention Australia and improve their already fantastic offerings. Both of these features can still be accessed via the Brickvention Australia website, despite the event ending on January 17. For those interested in the LEGO Unity software, there is currently an ongoing competition with a free minifigure for every entrant.