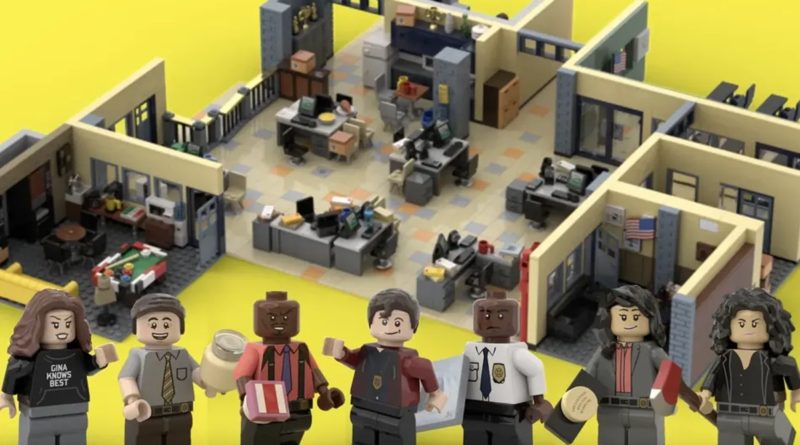 Brooklyn Nine-Nine may be in the LEGO Group’s future as a project based on the show has reached the LEGO Ideas review phase.

Another sitcom-themed submission has hit 10K supporters on LEGO Ideas, following the release of numerous models from the platform and beyond including 21328 Seinfeld, 21319 Central Perk, 10292 The Friends Apartments, 21302 The Big Bang Theory and soon The Office.

This time the show suggested for a future set is Brooklyn Nine-Nine, which depicts a precinct of police officers going about their daily work lives with office drama and hijinks ensuing. The project was proposed by user BenFankhauser with the model being their very first upload to LEGO Ideas.

The build itself recreates the main floor of the 99th Precinct and features seven minifigures to represent the main cast of the show with actors such as Terry Crews and Andy Samberg – the latter of which even played a role in the development of The LEGO Movie. It now fits in the third 2021 review phase as the 14th submission, and you can see the rest for yourself by clicking on the links below.

The judges at LEGO Ideas will have the final say on which, if any, of the above projects are turned into an official LEGO set with the latest results yielding two future models. You can catch up on every creation currently in production for the theme here.