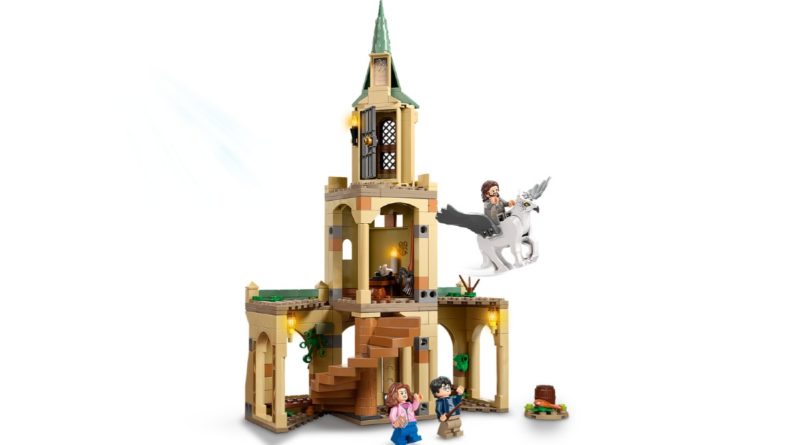 Buckbeak is back in LEGO Harry Potter later this year, but with a notable design change that alters the colour of the feathered creature.

The LEGO Harry Potter summer 2022 range includes seven sets filled with familiar creatures, characters and locations that have never been seen before in the sets. Buckbeak is both a returning beast and character, but you might notice that he’s had a slight design change, including what appears to be a recolour.

From the official images so far, the Buckbeak included in 76401 Hogwarts Courtyard: Sirius’s Rescue has white detailing around the beak and more feathers on the head. It appears to use the same element, though there’s another difference to note.

The Buckbeak element now appears to be a different colour than it initially appeared in as part of 75947 Hagrid’s Hut: Buckbeak’s Rescue in 2019.

Why this change has been made is unknown, but you’ll have a second chance at getting the Hippogriff in 76401 Hogwarts Courtyard: Sirius’s Rescue

You can find out more about the rest of the summer 2022 LEGO Harry Potter sets by clicking here to read our initial report.