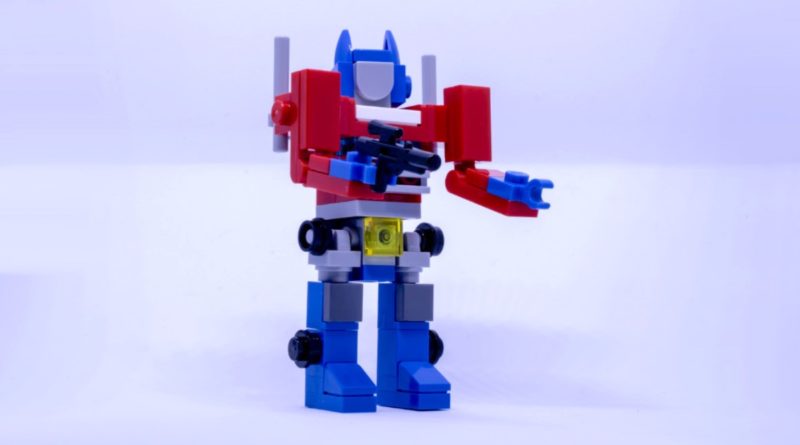 Getting impatient for the launch of LEGO Creator Expert 10302 Optimus Prime? Tide yourself over by building our miniature version of the Transformers icon.

The latest LEGO for Adults model is a landmark moment for the LEGO Group, as it represents the company’s first collaboration with industry rival Hasbro. You can dig further into how that partnership came about by checking out our interview with the set’s lead designer Joseph Patrick Kyde, and take a closer look at the finished product in our review of 10302 Optimus Prime.

If all that Transformers coverage has you desperate to build your own red and blue LEGO bot, the bad news is that you’ll have to wait until June 1 to get your hands on the official set. The good news, though, is that you can fill the time between now and then by assembling your own miniature Autobot.

Originally created by Brick Fanatics contributor Dimitri for our advent calendar of microscale builds in 2018, this mini Optimus Prime captures the Transformers character in his most iconic form. It can’t transform – such are the limitations of microscale – but let’s face it, you’re going to want to display him as a mech rather than a truck anyway.

Follow the instructions below to put together your own LEGO Optimus Prime.

Dimitri’s original design used red 1×2 hinge plates for the arms, which you can absolutely still try out instead (if you have access to them) – but given they’re relatively rare, his final model instead uses 1×2 plates with handles and clips. It’s just as effective, and the pieces are much easier to come by.

Consider supporting the work that Brick Fanatics does – including bringing you exclusive mini-builds – by purchasing your copy (when the time comes!) using our affiliate links. Thank you!