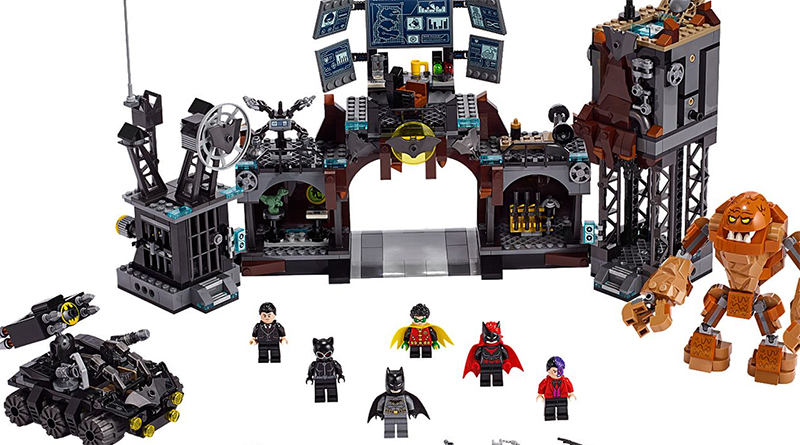 The LEGO Group has built many Batcaves for Batman over the years, with each one including different features

76122 Batcave Clayface Invasion is the latest version of Bruce Wayne’s subterranean hangout to be released as a LEGO set. With so many incredible playsets released over the years, from 7783 The Batcave: The Penguin and Mr. Freeze’s Invasion in 2006 to the incredible 76052 Batman Classic TV Series – Batcave, various editions of the ultimate hide-out have done different things well.

In the case of The LEGO Batman Movie set, 70909 Batcave Break-In, there was the benefit that the set was inspired by a film referencing the entire bat-back-catalogue. It allowed the set to include a rotating rack of Bat-suits as well as a huge Bat-computer as well as the obligatory quick-change contraption.

In 2012, 6860 The Batcave provided a design for the set that was both basic and garish, with big yellow stickers everywhere and a massive Bat-symbol for no apparent reason. While the fail was near, the most interesting inclusion was the Adam West Bat-phone, which seemed slightly at odds with the rest of the source material.

As for 76052 Batman Classic TV Series – Batcave, the set is the largest version of the underground base ever released – unfortunately a lot of the piece count is used to make it a cave, rather than focus on the bat aspect. Having the poles for the characters to slide down, the classic Batmobile and of course the kitsch minifigures makes it a notable release nonetheless.

When it comes to 76122 Batcave Clayface Invasion, almost every LEGO Batcave released prior has influenced it in one way or another. To find out which aspects it borrows from which other LEGO sets, order a copy of Brick Fanatics Magazine Issue 5, which includes a Bat-breakdown of the DC Super Heroes set, or take out a subscription to get quality paper-based LEGO content every month.