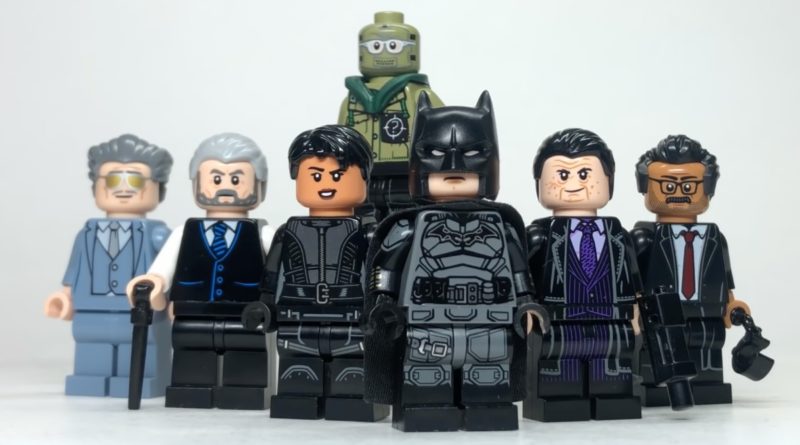 If you’ve come out of The Batman wishing for better (and more comprehensive) LEGO minifigures of the movie’s main characters, here’s how to assemble them with official parts.

Fair warning: this story contains character spoilers for The Batman.

The LEGO Group has released four sets based on Matt Reeves’ new Bat-movie so far, including three traditional System models and a Technic take on the new Batmobile. Across that wave of sets are 10 minifigures in total, encompassing seven unique characters: Batman, Bruce Wayne, Alfred Pennyworth, Selina Kyle, James Gordon, Penguin and The Riddler.

If you’ve seen the epic detective noir movie that is The Batman already, however, you’ll know that there are a few key characters missing from those sets – and that the minifigures we do have across 76179 Batman Batman & Selina Kyle Motorcycle Pursuit, 76181 Batmobile: The Penguin Chase and 76183 Batcave: The Riddler Face-Off leave room for improvement in many ways.

YouTuber MiniSuperHeroesToday has now taken on the challenge of refining those existing minifigures using only official LEGO parts – making them easy to recreate at home – while also building entirely new minifigures for those missing characters, including Carmine Falcone, The Riddler’s Arkham appearance and even Barry Keoghan’s Joker.

Not all of the minifigures have been given massive makeovers – the YouTuber says Jim Gordon ‘looks so good, sometimes it’s hard to make updates to perfection’ – while others have received only minimal updates, such as Selina Kyle getting printed legs, but there are clear and dramatic improvements to the likes of Batman and The Riddler.

One character has required a little creative licence from MiniSuperHeroesToday, meanwhile, as the movie only gives us a very brief glimpse at its take on Joker. They’ve therefore opted for the head used for another Keoghan character, Eternals’ Druig, and a stylised hairpiece that unfortunately doesn’t come in green.

Hit play on the video above to check out all of the YouTuber’s updated or original The Batman LEGO minifigures. You can pick up all four The Batman sets (when in stock) at LEGO.com, while the movie is in cinemas now. Check out our review of 42127 The Batman – Batmobile here.