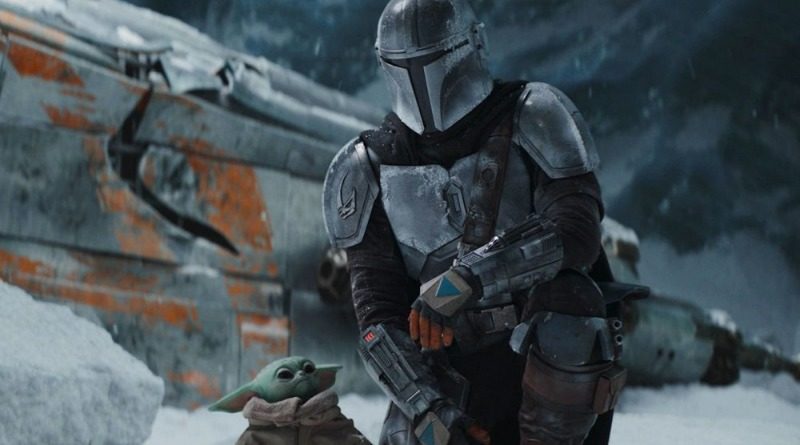 Brick Fanatics recaps Chapter 10 of Star Wars: The Mandalorian through a LEGO lens, chronicling the sets, builds and minifigures you’ll need to recreate the episode at home.

Following Chapter 9’s epic homage to Kaiju films, the second season of The Mandalorian swiftly moved to sci-fi horror territory for The Passenger. And while it was another solid (if skin-crawling) episode, it unfortunately didn’t lend itself all too well to the existing LEGO line-up.

That’s partly because The Passenger focused on fewer characters, but it’s also because it involved species we’ve never seen before (or only glimpsed in the first season). Picking up immediately where The Marshal left off, the episode begins with Mando and The Child racing through the deserts of Tatooine. But he doesn’t get far before he’s tripped up – quite literally – by a gang of bounty hunters hoping to liberate Baby Yoda.

We’ve already built Mando’s speeder bike, and we’ll have instructions for you shortly. This is probably the last time we’ll be able to show it off, though, because it unfortunately didn’t survive that opening scene. Fortunately, Mando and The Child do live to see another day, and head off back to Mos Eisley to figure out their next move in their journey to find more Mandalorians, and eventually, the Jedi.

Happily, that means you can get a little more mileage out of 75290 Mos Eisley Cantina for your Mando builds. But what you won’t be able to do is easily recreate the strange new aliens featured in The Passenger. Dr. Mandible and Frog Lady both take clear inspiration from real-life creatures – an ant and, well, you can figure it out – but you might struggle to find a purist solution for them in LEGO bricks. And given they’re both relatively minor characters, don’t expect to see them in an official set any time soon.

Anyway, Mando is tasked with transporting his new froggy friend to a nearby system, where her husband is waiting to fertilise her eggs. In exchange, she’ll point him in the direction of Mandalorians. But there’s a catch: they can’t travel by lightspeed, or her spores will die. So, they hop in the Razor Crest – which you can grab in LEGO form with 75292 The Mandalorian Bounty Hunter Transport – and set off on what’s effectively the scenic route.

Unfortunately for our heroes, trouble lies ahead. Travelling sub-light opens up Mando to all kinds of space pirates, bandits and – in this case – government officials. Two New Republic X-wing pilots hail the Razor Crest’s comms, claiming they’re searching for Imperials. The LEGO Star Wars line-up is never short on an X-wing or two, but these are T-65 (or original trilogy) ships.

75273 Poe Dameron’s X-wing Fighter is a T-70, so won’t quite cut it, and 75218 X-wing Starfighter is no longer available at LEGO.com. You might have to head to the secondary market for a classic X-wing, then – or wait until January, as rumour has it another one is on the way. (Naturally.)

Mando’s obviously not Imperial, but he’s also not an innocent man, so he high-tails it out of there. A thrilling chase ensues, but Din Djarin is a pilot not to be reckoned with, and he manages to lose the two X-wings. Unfortunately, the crew has no time to celebrate before the Razor Crest crashes through the planet’s icy surface, landing in a desolate cave beneath the ground. There’s now a huge hole in the ship’s hull: they’re going nowhere.

That’s effectively where this episode wraps up for LEGO fans. Maybe there’s an argument to be made for grabbing 75098 Assault on Hoth as a starting point for the icy planet, but it’s a very slim one. And while Mando’s encounter with the ice spiders is terrifyingly terrific, it doesn’t really lend itself to recreating with official sets in the same way Chapter 9 did.

Perhaps our only other recommendation for this episode comes in its closing moments. Having successfully fended off his eight-legged foes (with the help of the two X-wing pilots), Mando heads back out into space to continue his quest. Only now, the Razor Crest is looking a little worse for wear.

Fortunately, you can easily modify 75292 The Mandalorian Bounty Hunter Transport to look a little battle-worn: just remove a few bricks here, swap in a few dark grey plates there, and hey presto. You’re ready to start the next chapter.

Look out for our LEGO walkthrough of Chapter 11: The Heiress soon. And don’t forget to check out all the sets, minifigures and builds you need to assemble Chapter 9: The Marshal.