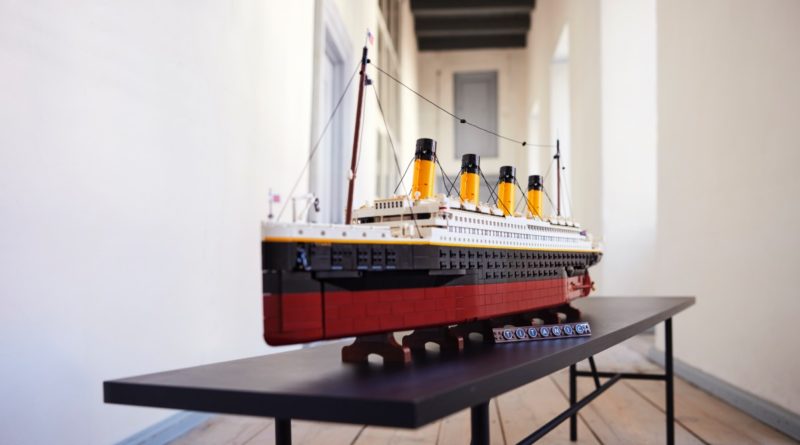 LEGO for Adults 10294 Titanic might be a massive recreation of the engineering icon, but how well does it fare when it comes to the water?

Launching soon on the official online store, LEGO for Adults 10294 Titanic is one of the biggest sets of all time and might even be the largest if you aren’t counting the number of pieces. However, considering the unfortunate legacy of the real ship, it was only a matter of time before someone asked whether the LEGO Titanic can float?

Bricksie is the one to answer that question in a new video testing the hypothesis by placing the massive model, which he received for an early review, in a pool full of water after finding that a bathtub was simply too small. Considering the build’s length of 135cm, that might not be all too surprising.

The video takes a moment to recognise that what happened to the real Titanic was a catastrophic disaster and should not be taken too lightly and that the events of the video are just ways to experiment with the set.

Following that warning, ice is introduced to the water, though LEGO for Adults 10294 Titanic was struggling to stay afloat and upright before then. The build fares no better when split into sections either, which it can do to allow you to see the cross-section interiors and functional engines.

2 thoughts on “Can the LEGO for Adults 10294 Titanic successfully float?”