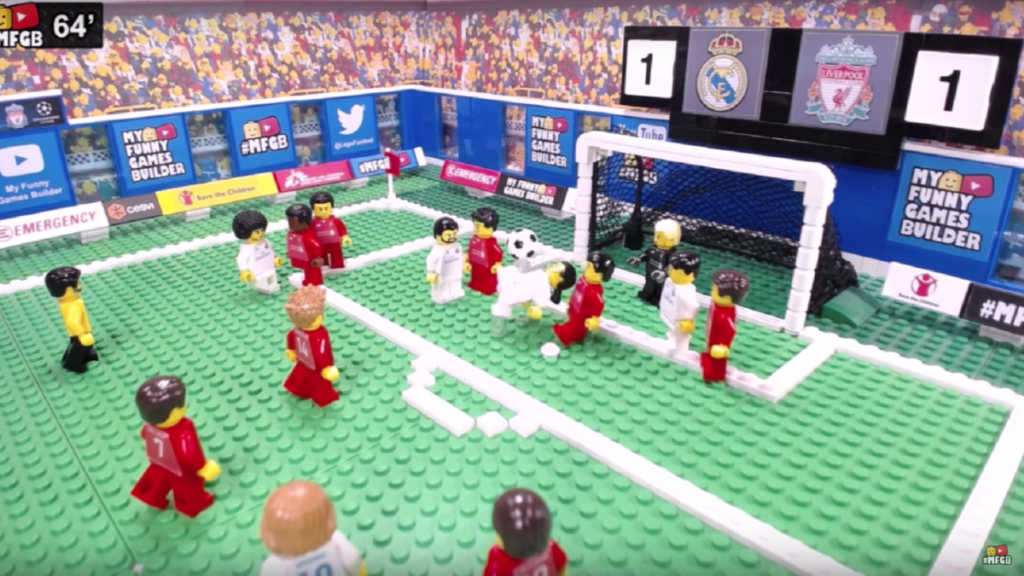 An Italian brickfilmer roped his son in to spend 14 hours recreating the Champions League Final in LEGO form. Marco, 40, and his 10 year old son created the video using 1,000 photos. Key moments captured in the six minute blocky representation include Mohamed Salah’s injury and Gareth Bale’s bicycle kick. Since being published, the video has gone viral across the Internet.

By day, Marco is a software developer, but enjoys creating LEGO stop motion football videos in his spare time. For a hobby, it is quite successful, as he has racked up over 84 million total views across his videos.

“Everyone wonders what team I support,” he told the Press Association. “It’s a secret, I make videos about the top teams of the world… my club never appears. I’m very angry and sad for not having Italy at the World Cup!”
In the past, Marco has recreated the Euro 2016 final and Barcelona’s Champions League comeback against Paris Saint-Germain.

While fans can get passionate, the Italian animator insists that his channel is all about celebrating the fun of the game.