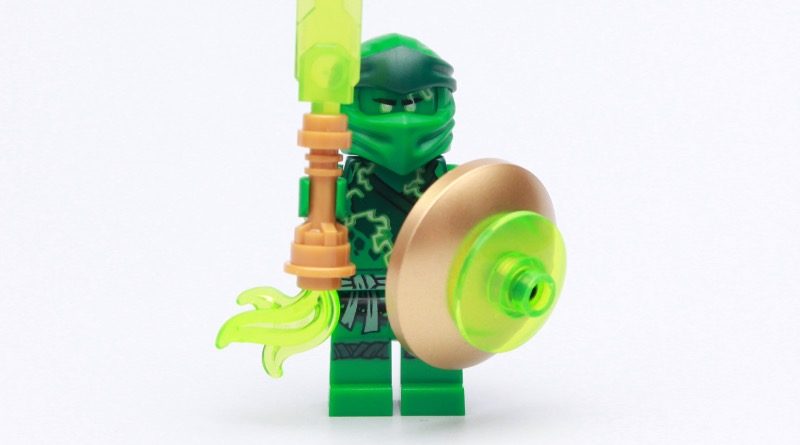 Picking up this month’s LEGO NINJAGO magazine will also bag you a minifigure that’s previously only been available in a single set.

Okay, so that set was the pocket money-priced 70687 Spinjitzu Burst – Lloyd, but if you’re not bothered about the Spinjitzu play feature, you can save yourself a fiver by grabbing Issue 72 of the LEGO NINJAGO magazine instead.

That’s because the cover price for this month’s issue is – as always – just £3.99, compared to the £8.99 retail price for 70687 Spinjitzu Burst – Lloyd. And it also comes with a couple of freebies you won’t find in that set, in the form of Lloyd’s sword and shield.

Just like last month’s Burst Mode Cole, this is a very alternative take on a classic NINJAGO character – but it’s just as brilliantly designed, again leaning into the primary colour associated with the ninja in question.

That means this version of Lloyd is a lean, green ninja machine, with superb printing across his head, torso and legs. You really can’t argue for less than four quid, so don’t hesitate to chuck this in your shopping trolley next time you’re buying groceries.

The next issue of the LEGO NINJAGO magazine will include a free Zane minifigure, but Issue 72 doesn’t indicate when exactly that mag will hit shelves. For now, you can pick up this month’s copy at all good retailers, and take a look inside the issue by clicking here.