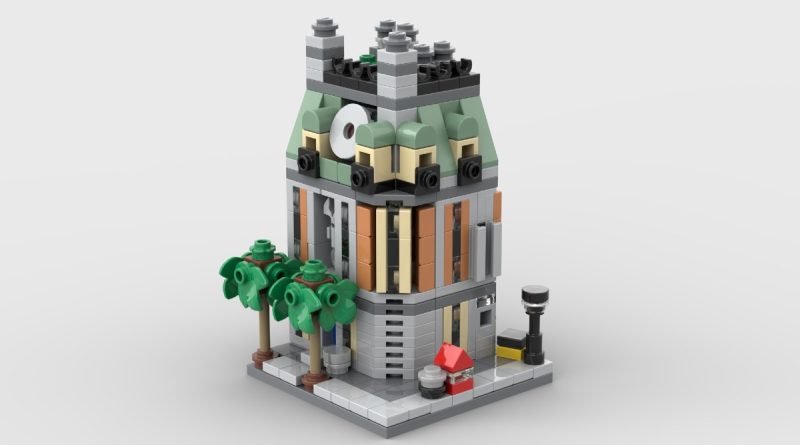 Back in 2012, the LEGO Group celebrated the Modular Buildings Collection with 10230 Mini Modulars, and now the two Marvel modulars have their own version.

10230 Mini Modulars has long since retired but the concept of this set lives on in the online LEGO community and especially on Rebrickable. There are several fan-made instructions for modular models that were not included in the official set, including those based on NINJAGO City.

However, the Modular Buildings Collection has also recently seen two LEGO Marvel sets be compatible with the range, 76218 Sanctum Sanctorum and 76178 Daily Bugle, making them a superhero-centric addon to the collection. In the mind of christromans that makes them eligible for a mini modular of their own.

The user has shared unofficial instructions for a miniature version of both LEGO Marvel modular sets, with that for 76178 Daily Bugle standing high above any other mini modular. The details on these models match that of 10230 Mini Modulars and their respective sets, even down to the exploding window in 76178 Daily Bugle.

There’s been no new version of 10230 Mini Modulars since 2012, despite the numerous additions to the Modular Buildings Collection, but it’s interesting to see how recent models can be recreated in the same style.

76218 Sanctum Sanctorum is available now and we’ve had the chance to take a closer look in our review. Meanwhile, 76178 Daily Bugle is also available on the online store after being out of stock for months.