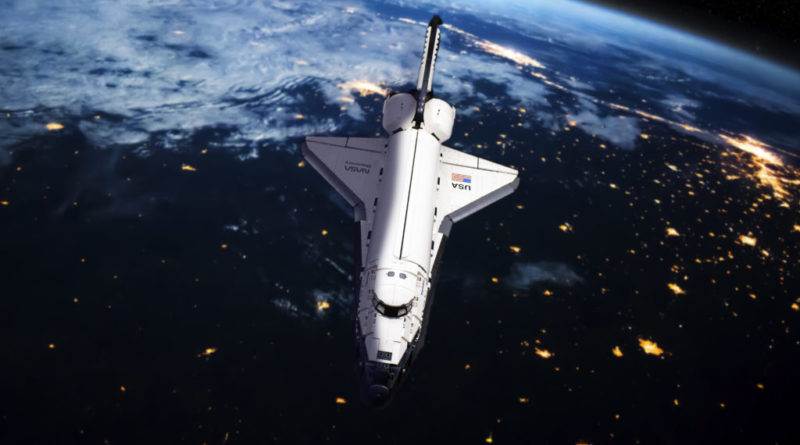 To celebrate the recent launch of LEGO 10283 NASA Space Shuttle Discovery, Brick Fanatics heads into the cosmos with an exclusive gallery of show-stopping images.

10283 NASA Space Shuttle Discovery is the largest space shuttle ever created by the LEGO Group, coming in as a beautifully-recreated and detailed model celebrating 40 years since the launch of the first space shuttle. During their time in service, NASA had a fleet of six shuttles, with Discovery clocking up the most flight time in space and being responsible for carrying out some of the most important and significant missions.

Among those were the deployment of the Ulysses Space Probe (which was thankfully a more successful launch than the LEGO Group’s attempt) and the Hubble Space Telescope, both of which have proved to be invaluable tools in humankind’s understanding of the cosmos. With a legacy such as Discovery’s and Hubble’s, it only felt right to honour them both with a special photographic showcase.

Dimitri explains how he took 10283 NASA Space Shuttle Discovery into space (sort of) to capture images for our exclusive gallery.

When you think of the Discovery, images of the iconic black and white shuttle orbiting high above the Earth immediately spring to mind. Sadly we’ve neither the technology nor money to physically travel to space to get some in-situ photographs, so I took a page out of my 10295 Porsche 911 gallery with rear projection photography.

In order to create the illusion that the models and backdrop were all part of the same image, getting the lighting right was once again key. This time, though, I was dealing with space – and in space, there’s always more than one light source to contend with. There’s obviously the light coming from the sun, but light also reflects off the surface of both the moon and Earth, creating shadows and lens flare from all manner of different angles.

For me, the most important thing was to make sure the main areas of light and shade in the backdrop were matched, so if the Earth in the backdrop was partially covered in shadow, I would also make sure the same side of the Discovery or Hubble was too. It was also important to match the colours, and for this I used a variety of gels that would reflect off the model, giving the impression that those reflections were created by the light in the backdrop – such as the orange lights of the cities below or the purple haze created over the atmosphere.

Adding smoke into photography incorporates a nice layer of atmosphere (not the Earth’s actual atmosphere, but the dramatic kind of ‘atmosphere’) as well as helping to create the illusion that the shuttle’s boosters are firing. Water mist and smoke spray both create the necessary look, with water mist being a bit kinder to the model (smoke spray tends to leave a sticky residue that needs wiping off after use).

In some of the photographs I’ve used smoke where perhaps in real life there wouldn’t be any, but I think in this instance a bit of artistic license creates a more dramatic final image compared to something that’s 100% scientifically accurate.

Finally, I wanted to add some really interesting lens flare effects to help recreate the multiple light sources found in deep space, and so for some of the shots I very carefully and very gently applied a thin layer of vaseline over parts of the lens. This creates a more hazy flare, which in places looks a little like Earth’s ozone layer. It’s a great technique, but one I would only recommend if you are fairly experienced and have the right lens cleaning equipment, as it could permanently damage your lenses.

This is the second time now I’ve adopted rear projection into my photography, and it’s fast becoming a favourite technique to create dramatic images with backdrops that would otherwise be impossible to recreate in real life. Browse the gallery below for a closer look at all my images of 10283 NASA Space Shuttle Discovery:

Check out our full review of 10283 NASA Space Shuttle Discovery right here, then head over to LEGO.com to pick up your copy. You can support the work that Brick Fanatics does – including shooting this gallery – by ordering this impressive 18+ set using any one of our affiliate links.