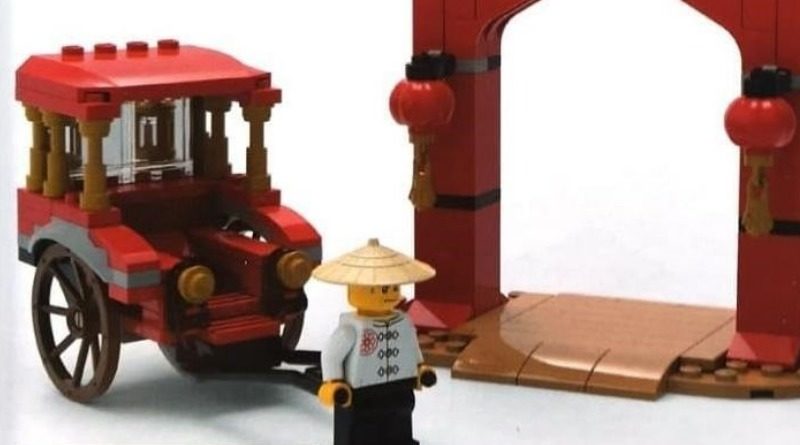 The LEGO Group is giving away a free rickshaw model in January – but only in Chinese brand stores.

The exclusive gift-with-purchase uses the same yellow box packaging as 5006291 2×4 Teal Brick, and depicts a rickshaw with an ornamental gateway. You’ll have to turn to the secondary market to pick it up, though – unless you live in China, where it’s currently free with a 2000 RMB purchase (h/t Brickset).

That’s roughly equivalent to £225, which is a pretty eye-watering threshold. 40417 Year of the Ox is reportedly also available in the same deal, making that required spend a little more palatable – but it’s perhaps not so surprising given the already high cost of LEGO sets in China.

For instance, the newly-launched LEGO Harry Potter Hogwarts Moments sets retail for 300 RMB each. That’s approximately £34 apiece – £7 higher than in the UK. It might not seem like much, but it sure adds up quickly: buying all four would cost the same as buying one extra in the UK.

Fortunately, the 168-piece model looks simple enough to reconstruct from your own parts collection, with no exclusive parts or printed elements. Fingers crossed the instructions appear online soon.