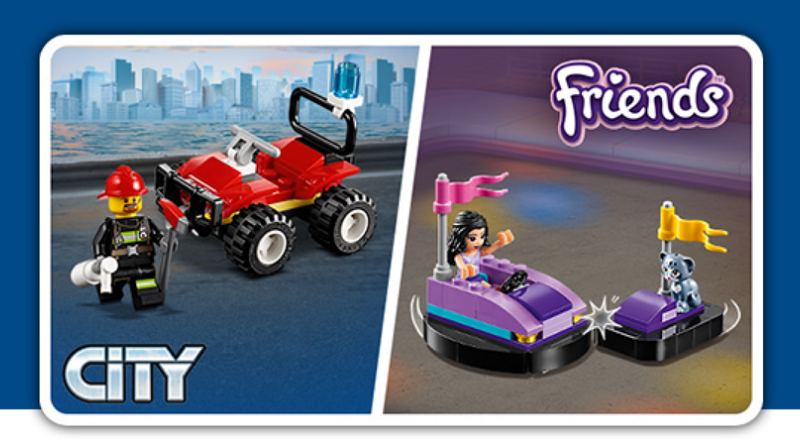 When submitting orders totalling £35 or more, fans can choose one of two freebies at the official LEGO online shop.

City or Friends? Which will it be? That is the question that shop.LEGO.com is asking customers when they spend £35 or more. Any order totalling £35 qualifies for a free polybag – customers can choose between LEGO City 30361 Fire ATV and LEGO Friends 30409 Emma’s Bumper Car, with the chosen polybag then added to the order for free.

There are many new sets available now, including from the City and Friends themes. The highlights from LEGO Friends include 41366 Olivia’s Cupcake Café, 41368 Andrea’s Talent Show and 41369 Mia’s House. In the new LEGO City wave, 60210 Air Base, 60214 Burger Bar Fire Rescue and 60216 Downtown Fire Brigade stand out.