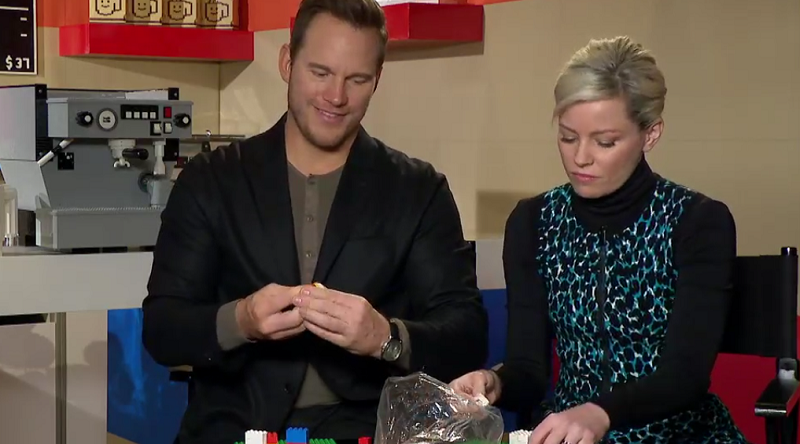 Stars of The LEGO Movie 2: The Second Part, Chris Pratt and Elizabeth Banks, built LEGO animals while on the UK leg of their press tour.

Perhaps to challenge them, perhaps to distract them, perhaps to put them at ease, PopBuzz had the great idea of having The LEGO Movie 2: The Second Part stars build LEGO animals during their interview about the new film. Chris Pratt, who voices Emmet and Rex Dangervest in the film, and Elizabeth Banks, who voices Lucy in the film, recall childhood games while getting to grips with some bricks.

“I had to do one character at a time, because I couldn’t go back and forth between the two voices,” Pratt reveals in the conversation when discussing the challenge of voicing two characters – who are often on-screen together.

Banks puts together a rabbit with red flowers and Pratt constructs an Apatosaurus, in a nod to his Rex Dangervest character’s dinosaur enthusiasm.