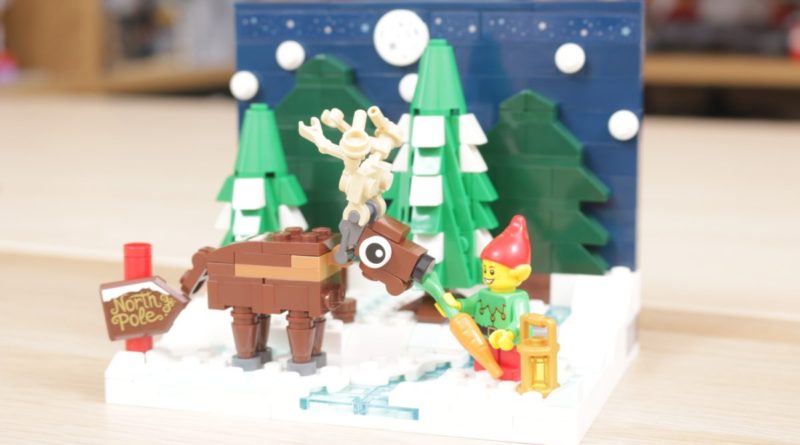 Celebrate Christmas in July with the return of a GWP on the official online store in Australia and New Zealand as 40484 Santa’s Front Yard is back.

July 4 has begun in Australia and New Zealand and with it, a new deal has begun on their version on LEGO.com. In both regions, 40484 Santa’s Front Yard is available between July 4 and July 10 with orders of AUD$229 or more.

Originally, the gift was made available for Black Friday and the 2021 VIP Weekend with purchases equal to or greater than £170 / $170 / €170. It includes a brick-built reindeer, an elf minifigure and a diorama of a snowy plain in front of a forest with the night sky and stars shining overhead.

The deal might seem out of place in the summer season, but Christmas in July is nothing new to the LEGO Group as a way to count down the halfway point to the holiday season. Past promotions have seen the return of 40410 Charles Dickens Tribute, 40292 Christmas Gift Box and 40338 Christmas Tree.

There’s no official confirmation that this deal will come to any other regions just yet, though the US has received the Christmas in July deals in previous years so it might be wise to keep an eye on the official online store this evening in case.

In our review of 40484 Santa’s Front Yard, we fell in love with the GWP for its strange, but charming nature. Those of you in Australia and New Zealand can grab the gift with orders of AUD$229 or more until July 10. Recent releases include 21334 Jazz Quartet and 10303 Loop Coaster, which launches widely on July 5.