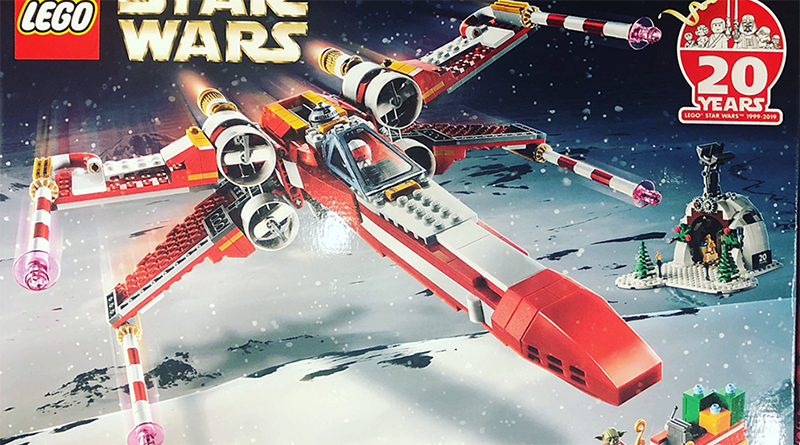 This year’s LEGO set that is produced as a special thank you to employees of the company, LEGO Star Wars 4002019 X-wing Starfighter, is a nod to the theme achieving 20 consecutive years on the shelves. is this year’s Christmas gift for LEGO employees from the company, with the special set commemorating 20 years of the classic theme.

On Twitter, LEGO Vice President of Design Matthew Ashton has shared a nice, clear image of the set’s box.

The set is being sold on eBay by some employees, who are presumably happy to part with it, for around £250, with the locations looking to match up with where the LEGO Group has production facilities.

The classix X-wing has been given a festive makeover in the set, with a small sleigh and a workshop also included. Santa Yoda and R2-D2 are included as is the Yuletide Squadron Pilot, who has a long white beard and a uniform that has something familiar about it.