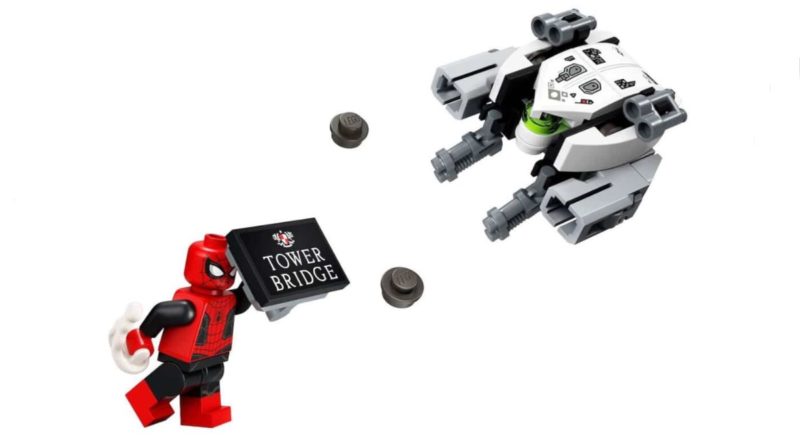 With images of the 30443 Spider-Man Bridge Battle polybag having been revealed, we can now take a closer look at the upcoming 2022 set.

Following images of 30443 Spider-Man Bridge Battle appearing online, the forthcoming set has begun to reveal its secrets. Rumours suggested the polybag would be based on Spidey’s fight with Doc Ock in the recently-released Spider-Man: No Way Home. However it does instead focus on the final battle sequence from Far From Home. While some may be disappointed with this decision, we feel the polybag will still be a must-have set next year.

As previously reported, the set does include the same Spider-Man minifigure from 76184 Spider-Man vs. Mysterio’s Drone Attack, featuring the suit that Peter Parker created using Stark Tech. Spidey is holding a Tower Bridge sign to fend off the drone attack, but sadly this is just a sticker on a tile rather than an all-new piece.

The drone included with the set is quite different from that one that appears in 76184 Spider-Man vs. Mysterio’s Drone Attack. That version is quite basic, whereas the polybag drone includes new printed pieces, two stud-shooters and is a more accurate version of the machines seen in Spider-Man: Far From Home.

There’s no release date or price yet for 30443 Spider-Man Bridge Battle, but it’s a safe bet to say the set will be highly-sought after and make a great addition to any LEGO Marvel fan’s collection. 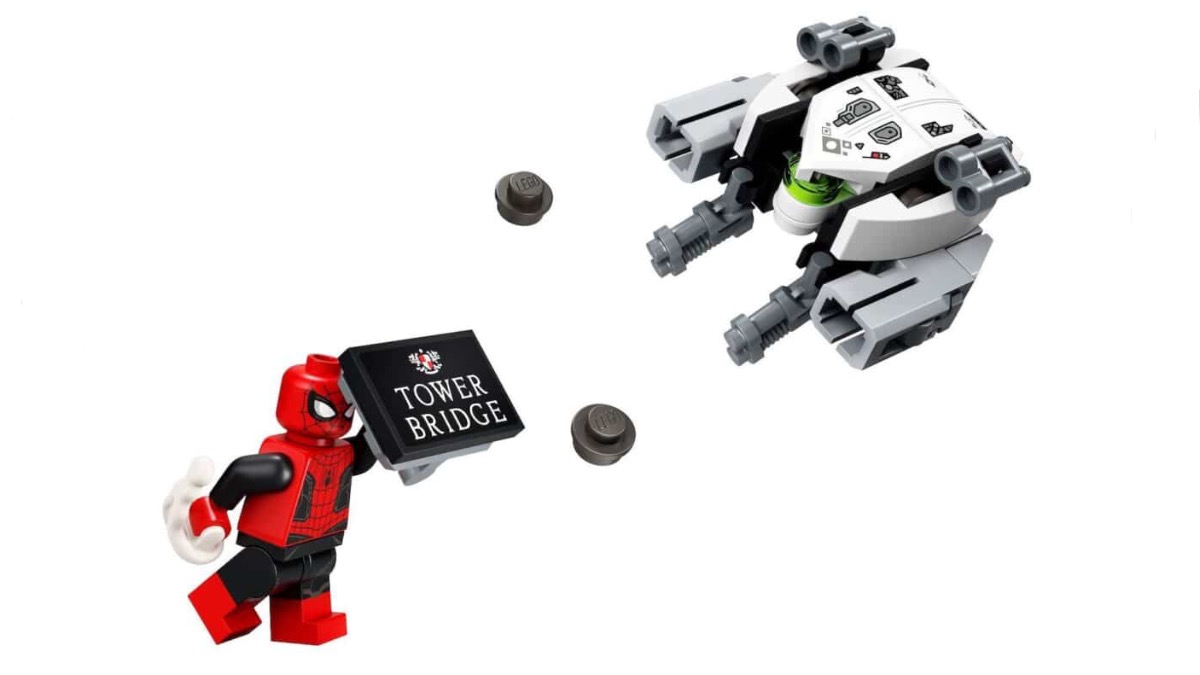