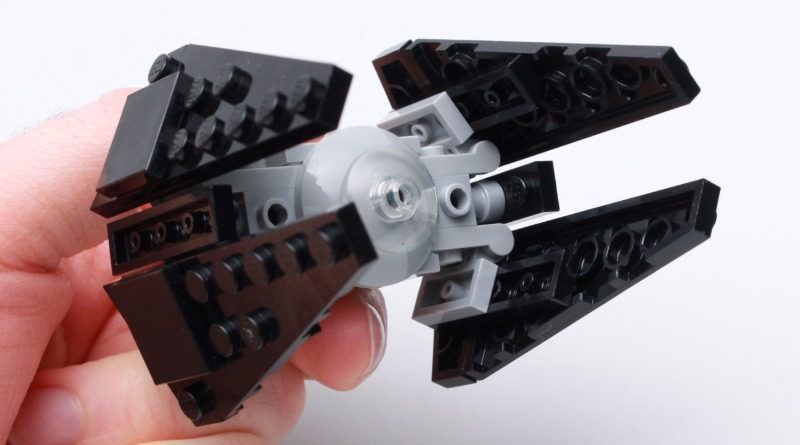 You asked, and the LEGO Group has delivered: the TIE Interceptor is finally back in brick form, even if it does only use 42 pieces.

The mini rendition of the highly-requested TIE Fighter variant is included as a foil-bagged freebie in this month’s issue of the LEGO Star Wars magazine from Immediate Media. It’s perhaps not quite on the scale most fans will have hoped for, then, but it is just £3.99.

It’s an intuitive design, too, anchoring the four angled wings to 1x2x2/3 modified bricks with studs on sides using the clip and bar system. A 3L bar runs through the centre of the ship, connecting the front and rear dishes, and bringing everything together for a miniature TIE Interceptor that impresses despite its diminutive size.

If you’re still craving a minifigure-scale version of one of the fastest ships in the Imperial fleet, the new-for-2021 75300 Imperial TIE Fighter can be reconfigured into a TIE Interceptor with relative ease. You can check out how to do that using YouTuber hachiroku24’s guide here.

You’ll need to pick up Issue 67 of the LEGO Star Wars magazine to get your hands on the tinier TIE Interceptor, which is available now at all good supermarkets and newsagents. Issue 68 will arrive on February 10, and comes complete with what may be an exclusive Mandalorian minifigure.