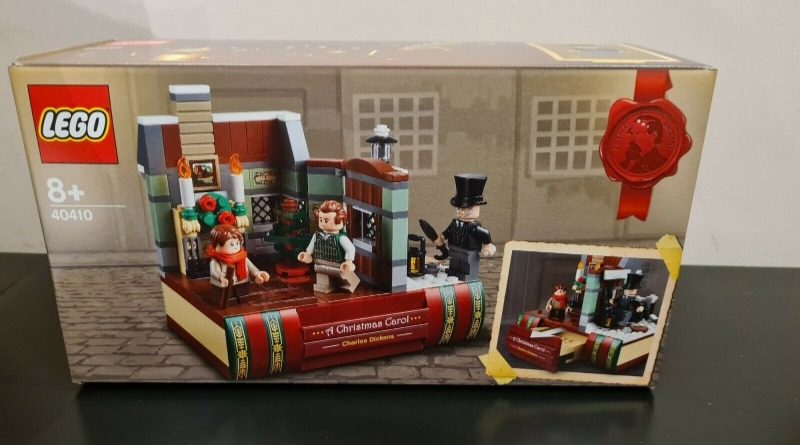 An eBay seller has provided a closer look at the exclusive LEGO A Christmas Carol set 40410 Charles Dickens Tribute.

The model depicts a scene from A Christmas Carol, featuring Ebenezer Scrooge, Bob Cratchit and Tiny Tim, set on a book spine for a festive decoration.

According to StoneWars, the limited edition set will be available with qualifying purchases over the Black Friday period. The LEGO Group hasn’t confirmed that particular promo just yet, though, so take it with a grain of salt for now.

Either way, one UK-based eBay seller already has multiple copies of the set in hand. At the time of writing, they’d sold at least five, with just two remaining. You’ll need to pony up £90 to get your hands on one. Or you could just wait for the LEGO.com promo, but we’re not here to tell you how to spend your money.

40410 Charles Dickens Tribute isn’t the only promotional set that will be available in the run-up to Christmas. The same eBay user is also selling 40416 Ice Skating Rink, which looks likely to be a gift-with-purchase on LEGO.com as the shopping season gets underway. Based on previous years, a third as-yet-unrevealed promo may also be on the cards, but nothing is guaranteed.

For now, you can grab this year’s other seasonal sets – including 10275 Elf Club House, 40426 Christmas Wreath 2-in-1, 40424 Winter Snowball Fight and 854050 Snowman & Reindeer Duo – at LEGO.com. Please support Brick Fanatics by doing so using our affiliate links.