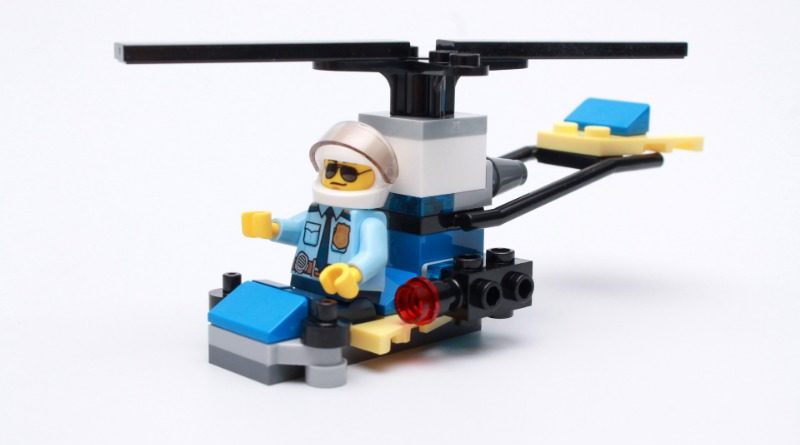 This month’s issue of the LEGO CITY magazine bundles in a free police officer minifigure, along with a 31-piece helicopter build.

Okay, calling this thing a helicopter might be a little bit of a stretch, but it builds into a surprisingly large model for its diminutive piece count. And its real target audience is bound to enjoy the play value it brings to the table, particularly with a minifigure at the ‘controls’.

Issue 35 of the LEGO CITY magazine also strays from the norm by placing the instructions for the foil-bagged freebie halfway through one of its comics, as it tasks young builders with assembling the chopper to continue the story. It’s nicely integrated, and makes the model feel purpose-driven rather than a random freebie.

The police officer minifigure isn’t particularly exciting for veteran collectors either, but there’s at least one good reason to seek out this issue: the two cool yellow wedge plates. The designer could easily (and perhaps more appropriately) have plumped for white, but it’s a smart colour choice not only to entice older fans into buying, but also to inject some vibrancy into the model.

It’s perhaps not quite as exciting as last month’s deep sea diver, which bundled in a couple of relatively rare components in the diving helmet and seaweed piece, but you still can’t really complain for £3.99. Next month’s issue of the LEGO CITY magazine will arrive on February 3, and includes a free buildable digger and construction worker minifigure.