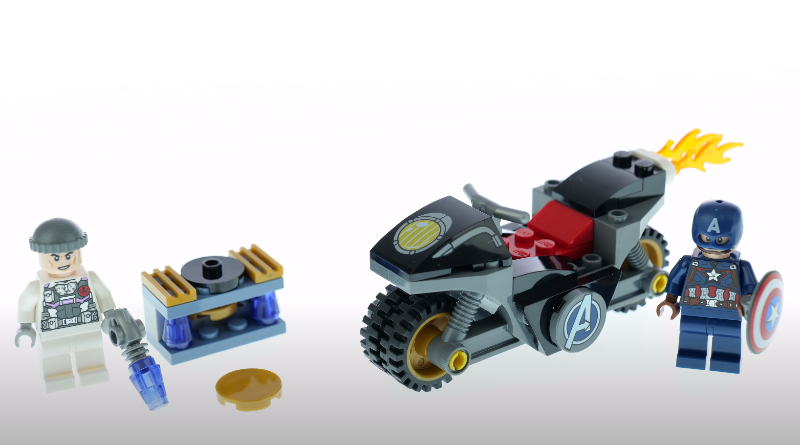 Another LEGO Marvel The Infinity Saga set has been found before release, giving us our best and closest look yet at the model and minifigures in 76189 Captain America and Hydra Face-Off.

Whilst arguably not quite as exciting as some of the other LEGO Marvel The Infinity Saga summer sets, 76189 Captain America and Hydra Face-Off might still be desirable to superhero enthusiasts for the updated Hydra agent minifigure. The torso design for this character is exclusive to this set and calls back to the fortress siege seen in Avengers: Age of Ultron.

AustrianBrickFan has managed to get their hands on the new LEGO set early and has reviewed the model in full to give us our first look.

The models within are somewhat simplistic, as is to be expected in a set aimed at younger builders, but the printed elements within them might find use in your collection. The pieces that have designs on them include two round tiles with the Avengers logo and one printed brick representing the front of the motorcycle.

Captain America’s minifigure is an updated version of his Avengers: Age of Ultron appearance with the additional helmet from more recent sets. This is just one of two minifigures for the iconic superhero in the LEGO Marvel summer wave, the other of which is based on his Avengers: Endgame appearance in 76192 Avengers: Endgame Final Battle, you can get a first look at that set too to see what awaits you. The full range of LEGO Marvel The Infinity Saga launches on June 1, or August 1 for builders in the US.