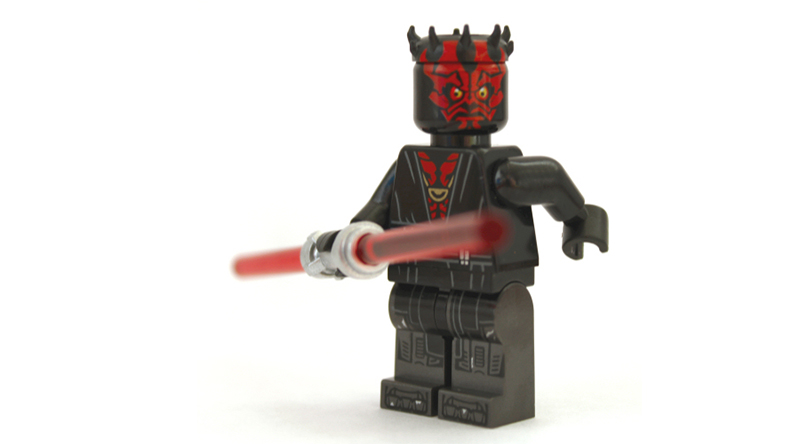 The Darth Maul minifigure that comes with the LEGO Star Wars Character Encyclopedia is revealed in clearer images.

LEGO Star Wars Character Encyclopedia: New Edition was announced last year, with an exclusive Darth Maul minifigure confirmed to be coming with the book. Rebelscum has the book in-hand and has published photographs of the Maul minifigure freed from his plastic clamshell.

Maul’s cybernetic legs and the casual wearing of his robe shows that this is the character after his restoration in The Clone Wars, perhaps inspired by his appearance in Solo: A Star Wars Story. It ties in nicely with the character’s imminent return in the new episodes of Star Wars: The Clone Wars.

LEGO Star Wars Character Encyclopedia: New Edition will be released on March 19, 2020 in the UK and is available to pre-order now.