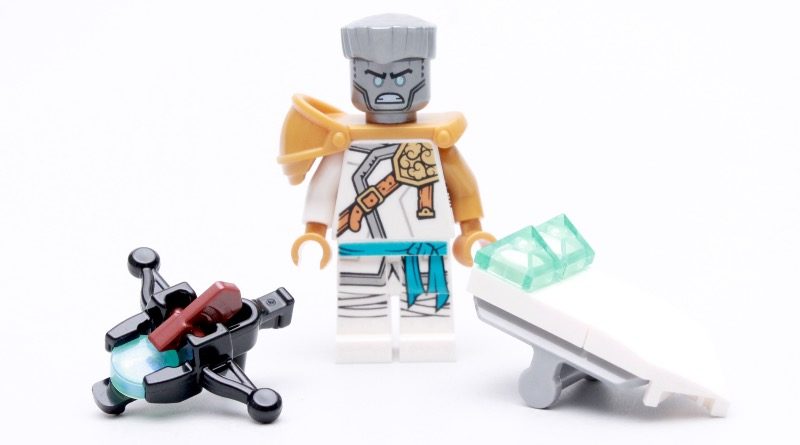 This month’s LEGO NINJAGO magazine has a very cool freebie in an exclusive variant of Zane, who comes bundled with two icy weapons.

Issue 73 of Immediate Media’s long-running monthly title – which is now into its seventh year – continues the magazine’s penchant for bundling in free minifigures, but departs from the previous two issues’ Spinjitzu Burst characters by flipping back to 2020’s Master of the Mountain subtheme.

Technically, none of the nindroid’s (technical term) individual elements are new, but this is the first time we’ve seen them in this configuration. Last year’s Master of the Mountain sets – including 71719 Zane’s Mino Creature and 71722 Skull Sorcerer’s Dungeons – paired Zane’s mountain outfit with his white headgear, but this version of the minifigure swaps out that element in favour of his metallic hair.

That makes this foil-bagged character a welcome addition to the catalogue of magazine freebies, and one you’re going to want to hunt down sooner rather than later. Zane’s also packing an ice crossbow and ice shield, just in case you were worried that a robotic ninja wasn’t quite a cool enough customer already.

The latest issue of the LEGO NINJAGO magazine is available now from all good supermarkets and retailers. You’ve got until roughly early April to grab it, before Issue 74 – which doesn’t currently have a specific shelf date – arrives in stores. That issue will include the Master of the Mountain’s primary antagonist, the sinister Skull Sorcerer.