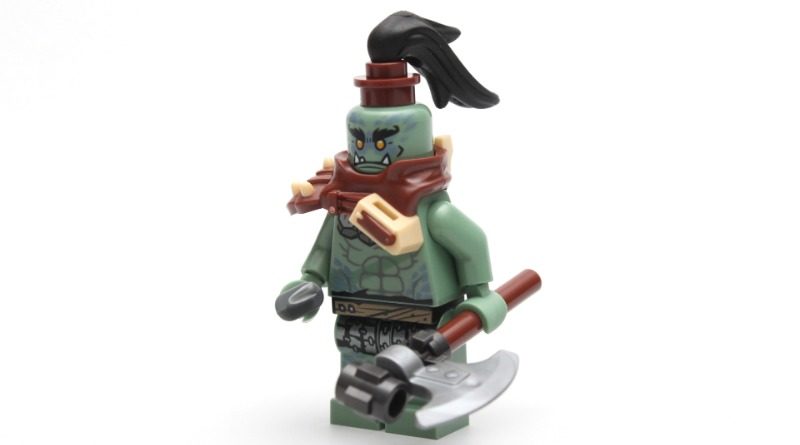 This month’s LEGO NINJAGO magazine includes a free Munce minifigure from the Master of the Mountain subtheme.

If you’ve been collecting this summer’s NINJAGO sets, chances are good that you already have at least one Munce. After all, this particular version – also known as Murt – appears in 71717 Journey to the Skull Dungeons, 71720 Fire Stone Mech and 71722 Skull Sorcerer’s Dungeons. But the chance to get another shouldn’t be sniffed at, particularly if you’re looking to bulk out the baddies in the board game that the sets combine to create.

Of course, the subterranean Munce might not necessarily be the bad guys the Master of the Mountain sets portray them as, given the TV series pits them against the Skull Sorcerer. But an enemy of an enemy isn’t necessarily a friend, and if you’re invested enough in the lore to figure all that out, you’ll probably just be happy to bag another NINJAGO minifigure.

It’s a decent character design, too, with a detailed shoulder armour piece and flowing hairpiece complementing the gnarly green skin. That armour piece wasn’t a given, as 71720 Fire Stone Mech also includes an unarmoured Munce minifigure (apparently called Moe). Thankfully, though, the LEGO Group hasn’t taken the easy route for this foil-bagged minifigure, which is armed with an axe and knife.

Click here for more on Issue 70 of the LEGO NINJAGO magazine. It’s available at all good stockists until January 5. Issue 71 then launches on January 6, and includes a free Cole minifigure.